Jordan Britten, age 20, went missing Friday on South Padre Island. According to a report by KGBT Action 4 News, Britten was attending the Ultimate Music Experience, a three day music concert at the Schlitterbahn water park, while on a Spring Break trip.

Britten’s mother, Ilana Stone-Britten, reported him missing to the Killeen Police Department on Monday. His 2008 silver Mazda was found parked at Schlitterbahn.

Stone-Britten posted a photo of her son on her Facebook page on Monday, writing, “Jordan has been missing since Friday night, he was last seen on South Padre Island, please share!”

According to Britten’s own Facebook page, most of which is private, he is from Killeen and works at an Olive Garden in Temple.

Michael Frey, Britten’s uncle, posted a photo of him at the concert from Friday, wearing a gold mask. 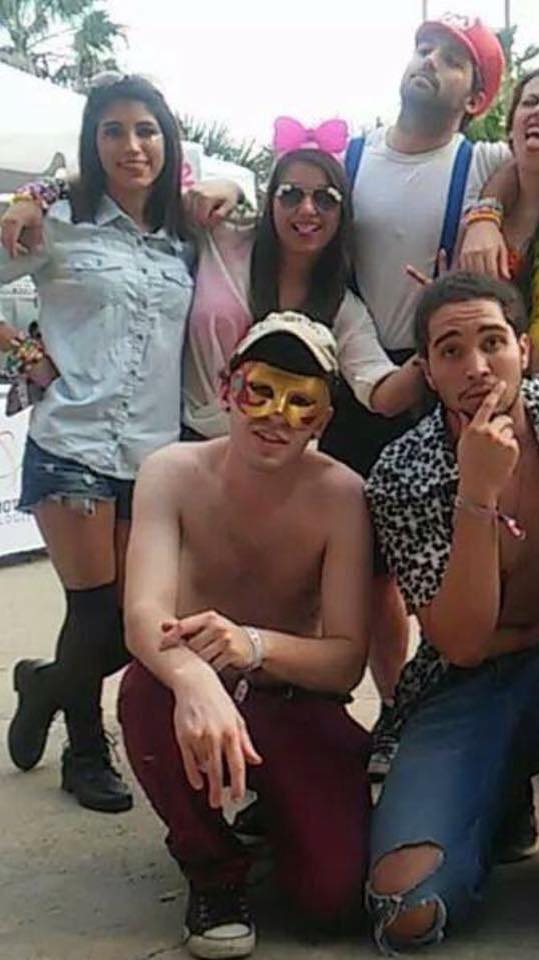 Jordan Britten, pictured wearing a gold mask, on the last day he was seen at the Ultimate Music Experience in South Padre Island. Photo Michael Frey/Facebook.

Breitbart Texas also found what appears to be Britten’s Twitter account, @JordanBritten, which is also marked private, so his tweets cannot be seen except by those who he had approved to follow him. A search for mentions of his username shows sporadic interactions with friends and what seemed to be a personal dispute with “@Don_E_Dante” back in February 2014. One of the most recent mentions is from Mickayla McCleary posting about his disappearance:

There are also several other tweets responding to Britten that reference drugs or alcohol:

“@JordanBritten: “@dadabtweetin: Who is about that BYOB LIFE. If I have a party” yes” double yes.

At age 20, Britten is still too young to legally drink alcohol. To be clear, because Britten’s side of the conversation is marked private, it cannot be determined whether he actually knew these people tweeting at him or that he was using any drugs or alcohol himself.

KGBT reporter Analise Ortiz posted several Tweets on Tuesday afternoon with additional information about Britten’s disappearance. According to Ortiz, the South Padre Island Police Department is assisting the Killeen PD on the case. The location where Britten’s car was found has been blocked off, and his mother arrived on the scene earlier and confirmed that it is his car.

Ortiz is also reporting that Chief Smith of the South Padre Island PD told them that “drones, helicopters, and boats” are being used to search for Britten, and that nothing can be ruled out at this point. They have checked with Border Patrol as part of their protocol, and Britten’s car is being held for evidence.

Earlier today, Breitbart Texas reached out to the Mexico Attorney General’s Office and the Tamaulipas Police, the Mexican police department responsible for the area across the border south of South Padre Island. Neither had any information about the case, and had not been notified of Britten’s disappearance at the time they spoke to our reporter, Ildefonso Ortiz.