On June 7, Rio Grande Valley Sector Border Patrol agents assigned to the Falfurrias Station were patrolling ranch lands 80 miles from the Texas border with Mexico. The ranches were the scene of four recent body recoveries in the past few weeks. As the agents followed fresh tracks, they came upon a group of 10 suspected illegal immigrants “who were not prepared to traverse the region in the midst of a heat advisory,” according to information provided by Rio Grande Sector Border Patrol officials. 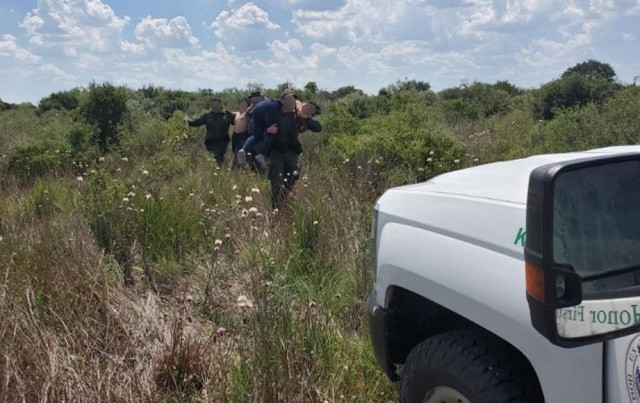 As the agents checked out the migrants, they discovered four people, three men and a woman, displaying symptoms of severe dehydration. The agents carried the four migrants to a road where they began medical treatment while the waited for ambulances to arrive. Local ambulances transported the four migrants to a regional hospital where they were admitted for heat-related illnesses, officials stated.

The migrants will be processed for immigration violations after they are released from the hospital.

Two days later, Yuma Sector Border Patrol agents carried out additional rescue operations. Agents received a distress call from a man who claimed that he and two other people were lost in the desert somewhere south of the foothills, Yuma Sector Border Patrol officials reported. The agents determined the call came from the area around the Fortuna Mine. Upon arrival to the scene, agents found three Mexican nationals. The agents began treatment or heat-related illness until ambulances arrived to transport them to the Yuma Regional Medical Center.

On the morning of June 10, Yuma Station agents patrolling near the Colorado River encountered a group of four from Central America, the report continues. Agents found that one of the migrants, a juvenile female, was unconscious and began medical treatment immediately. A second female in the group complained of chest pains and received medical attention.

Later that morning, Yuma Station agents came upon a group of eight migrants not far from the earlier encounter. The agents observed a man with a young child jump into the Salinity Canal in an apparent attempt to flee. The agents witnessed the man struggling and he could not get out of the canal. Agents tossed in a rescue ring and pulled the man and his three-year-old daughter to safety. Agents identified all eight as Central American migrants. They transported the migrants to the Yuma Station for processing on immigration violations.

“The National Weather Service has issued an Excessive Heat Advisory for the Yuma Area in effect from 10 a.m. to 8 p.m. (MST) on Monday, June 10, 2019 to Thursday, June 13, 2019,” Yuma Sector officials reported. “Yuma Sector continues to allocate the resources necessary to make rescues.”

U.S. Border Patrol Chief of Law Enforcement Operations Brian Hastings told reporters during a recent press call that the number of rescues of migrants is increasing dramatically this year.

“So far this fiscal year, the men and women of the Border Patrol have done over 3,000 rescues,” Hastings told the reporters. “We’ve seen a massive increase in the amount of water-related rescues that are taking place — primarily in Del Rio, RGV, and Laredo’s areas of operation.”

So far this year, at least 129 migrants, including seven children, died while or shortly after crossing the border from Mexico into the United States. At least 82 of those were found in Texas, according to the International Organization for Migrants’ Missing Migrants Project.

Bob Price serves as associate editor and senior political news contributor for the Breitbart Border team. He is an original member of the Breitbart Texas team. Follow him on Twitter @BobPriceBBTX and Facebook.