REYNOSA, Tamaulipas – Convoys of cartel gunmen in armored vehicles clashed in a fierce shootout over the past weekend. In the aftermath, authorities found torched armored vehicles and bodies.

The shootout supposedly occurred Saturday night or Sunday morning in the municipality of Dr. Coss, Nuevo Leon, 50 miles south of Rio Grande City, Texas. The scene was marked near the state line between Nuevo Leon and Tamaulipas. 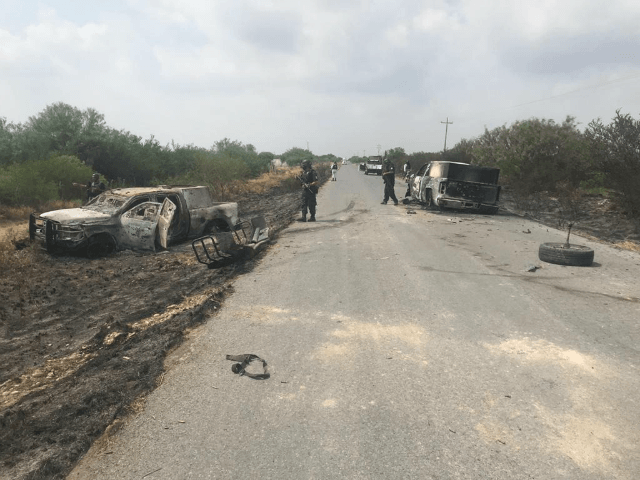 A squad of Fuerza Civil police from Nuevo Leon and National Guardsmen were patrolling rural roads in the northern part of the state when they spotted the torched SUVs. They also found one partially incinerated body and another man who apparently died in the clash. State investigators documented the scene and collected bodies. 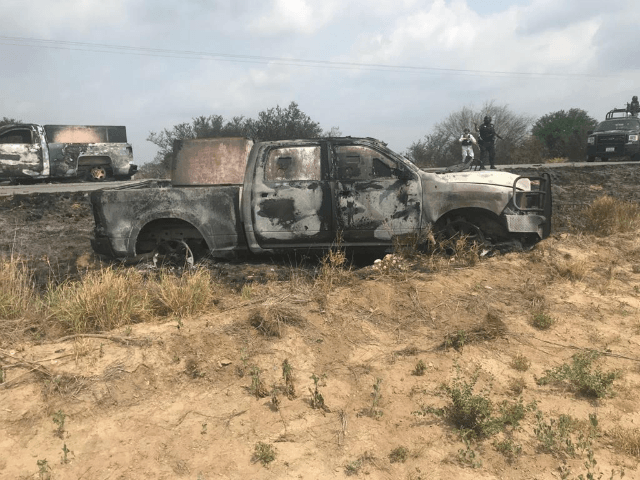 While authorities did not find any witnesses or survivors, law enforcement sources claim the region has hosted shootouts between the Cartel Del Noreste faction of Los Zetas and the Gulf Cartel.

The number of gunmen involved remains unclear, but authorities believe more than a dozen vehicles with makeshift armor were deployed. In the past, the CDN-Los Zetas and the Gulf Cartel have used grenade launchers, .50 caliber rifles, and other high-powered weapons. 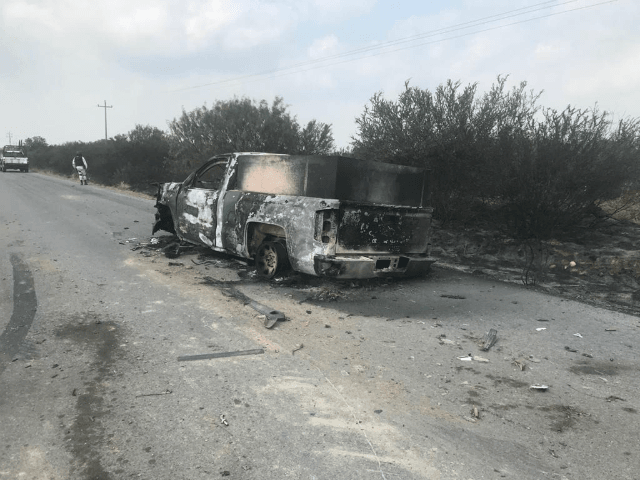 Based out of Nuevo Laredo, the CDN-Los Zetas are trying to expand their territories east and into Gulf Cartel lands. That push has led to battles in the border cities of Miguel Aleman and Camargo.

Editor’s Note: Breitbart Texas traveled to the Mexican States of Tamaulipas, Coahuila, and Nuevo León to recruit citizen journalists willing to risk their lives and expose the cartels silencing their communities.  The writers would face certain death at the hands of the various cartels that operate in those areas including the Gulf Cartel and Los Zetas if a pseudonym were not used. Breitbart Texas’ Cartel Chronicles are published in both English and in their original Spanish. This article was written by Tony Aranda from Nuevo Leon and “J.C. Sanchez” from Tamaulipas.