Kohn was caught on a San Diego beach as he fled arresting officers. The accused and his company, Future Income Payments, were indicted in Greenville, South Carolina, in March. Federal charges included conspiracy to commit mail fraud, and wire fraud.

A civil suit has also been filed by Bureau of Consumer Financial Protection, asking for an order that Kohn and his various corporate entities pay more than a half billion dollars.

“It’s one of the largest, if not the largest, fraud case brought in the district of South Carolina,” Assistant U.S. Attorney Bill Watkins told The Greenville News and Anderson Independent Mail. Kohn allegedly targeted veterans and unwary investors in what his former employees described as a “one billion dollar Ponzi scheme.” 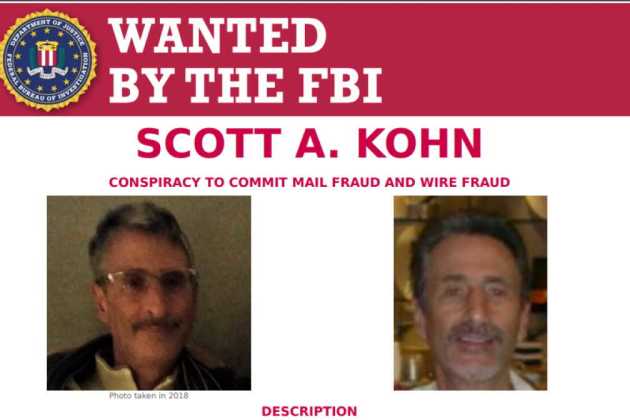 Kohn offered cash advances to ex-military personnel in exchange for money from their benefits or pensions, but neglected to mention that selling those benefits is against the law. He also allegedly neglected to inform his victims that they would be charged up to 240 percent interest on the sketchy loans.

He then allegedly sold their debt to investors, promising as much as an 8 percent return and pocketing the remainder. And while Kohn’s defense has maintained that his “purchase agreements” with this vulnerable population should be considered exempt from state and federal laws, five judges — both state and federal — have disagreed.

More than 15 states have now issued cease-and-desist orders against Future Income Payments. Documents obtained by the FBI say that hundreds of sales agents received generous commission checks for setting up the deals, while the thousands of investors lost about $451 million.

Prior to Kohn’s ignoble seaside apprehension, Watkins claims there was an arrangement made for Kohn to turn himself in. After the deal fell through Kohn is believed to have used cash to stay at hotels and eat at IHOP. His Los Vegas estate and a house on Newport Beach have been sold.