A suspect has been charged for allegedly hitting two Chicago police officers with a vehicle, and dragging one during a traffic stop Friday in the Englewood area, authorities said.

Thirty-five-year-old Jermaine Little was arrested Tuesday after he was identified as the man who allegedly reversed a Chevrolet Impala into the two officers in the first block of West 63rd Street, according to Fox 32.

A man has been charged after striking two police officers with a car, dragging one of them during a traffic stop Friday in the Englewood neighborhood, according to police. https://t.co/p5xtCiQWr5

The suspect dragged one officer with the car and pinned him between the Impala and a viaduct, according to police.

“The officer reportedly discharged his gun, which resulted in shots being fired by police; however, no individuals were hit by gunfire,” Breitbart News reported Saturday.

The policeman who was dragged was taken to the hospital in good condition, the Fox 32 report stated.

“Little is facing two felony counts of first-degree attempted murder, one felony count of aggravated unlawful use of a weapon by a felon and one felony [count] of aggravated assault of a peace officer,” the outlet continued, adding a handgun was found during his arrest. 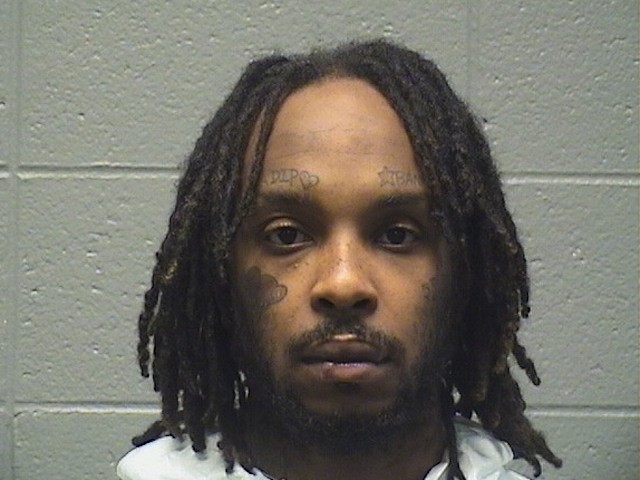 CBS Chicago reported Wednesday the suspect remained in jail after a judge denied him bail.

Investigators claimed they smelled weed inside Little’s car when they pulled him over near 63rd and State, and that was the moment he allegedly put the car in reverse and dragged the officer with the car door.

“Little ditched the car but was arrested in a Burger King parking lot Tuesday,” the outlet stated.

“About 45.9% of those polled disapprove of the job Lightfoot is doing as mayor, 42.5% approve of her performance and another 10.8% are unsure or have no opinion,” WGN 9 reported Tuesday. “These numbers represent a shift from the start of the summer. On June 1, Lightfoot’s approval rating among Chicago voters was 48%.”