Left-wing groups are calling for a consumer boycott of Kellogg’s cereals in solidarity with 1,400 workers who have gone on strike to protest what they say are grueling working conditions, and threats by management to move their jobs to Mexico.

The union and the Battle Creek-based company have been at an impasse at the bargaining table for more than a year, said Daniel Osborn, president of the local union in Omaha. The dispute involves an assortment of pay and benefit issues such as the loss of premium health care, holiday and vacation pay and reduced retirement benefits.

“The company continues to threaten to send additional jobs to Mexico if workers do not accept outrageous proposals that take away protections that workers have had for decades,” said Anthony Shelton, president of the Bakery, Confectionary, Tobacco Workers and Grain Millers International Union.

The plants have all continued to operate throughout the coronavirus pandemic, but Osborn said that for much of that time workers were putting in 12-hour shifts, seven days a week to keep up production while so many people were out because of the virus.

“The level we were working at is unsustainable,” Osborn said.

Left-wing organizations are calling for a solidarity boycott of Kellogg’s and all of its products — which go far beyond breakfast cereal. “The Other 98%,” a major left-wing Facebook group, posted a list of brands Thursday for people to avoid.

In 2016, Kellogg’s became the highest-profile company to join an an advertising boycott orchestrated by the left against Breitbart News. In response, Breitbart called on readers to join a counter-boycott, which received significant media attention. 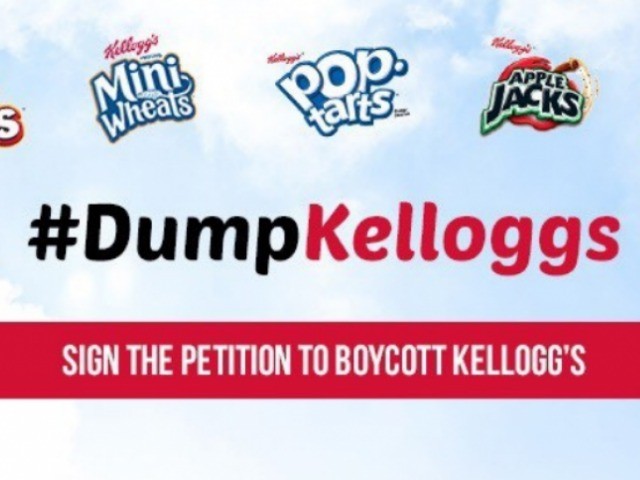 The Kellogg’s strike is one of several strikes that have emerged in the food services industry in the past several months.