Veteran actor James Woods ripped into Google for their failure to publish an Easter themed “Google Doodle,” while regularly using Doodle art to honor socialists, Islamic causes, and other historical events and figures.

Taking to Twitter on Easter Sunday, Woods noted that despite Google publishing a number of “Google Doodles” for almost every other holiday, religious celebration, and anniversary, the Silicon Valley tech firm failed to publish a Doodle for Easter. Screenshots of Google’s homepage featuring their generic logo where a Doodle would be bounced around on social media, with one user noting: “So Google has a doodle for every obscure “woke” person/event imaginable, but nothing for Easter? #EasterSunday”

So Google has a doodle for every obscure "woke" person/event imaginable, but nothing for Easter? #EasterSunday pic.twitter.com/izr3MsXmnB

Woods replied to the tweet with a simple observation “The loathe Christians. Plain and simple.”

Other conservatives across Twitter noted that the tech company had once again failed to honor a Christian holiday. PragerU tweeted “no Google Doodle for Easter Sunday?”

The company did publish a blog listing the weeks trending search terms and referenced the Easter holiday but still no mention of it in religious terms and no Google Doodle:

Google has gone out of the way in the past to honor several controversial figures such as Yuri Kochiyama, a “human rights” activist who openly admitted admiration for Islamic terrorist Osama Bin Laden. Kochiyama also admitted her admiration for Che Guevara, Fidel Castro, and Malcolm X. In a 2003 interview with Los Angeles Indymedia, she referred to these men as “freedom fighters” to look up to stating;

They had much in common. Besides being strong leaders who brought consciousness to their people, they all had severe dislike for the US government and those who held power in the US. I think all of them felt the US government and its spokesmen were all arrogant, racist, hypocritical, self-righteous, and power hungry.

Google honored Kochiyama with a Google Doodle featuring a sketch of Kochiyama speaking into a radio with protest signs behind her spelling out “EQUALITY.” 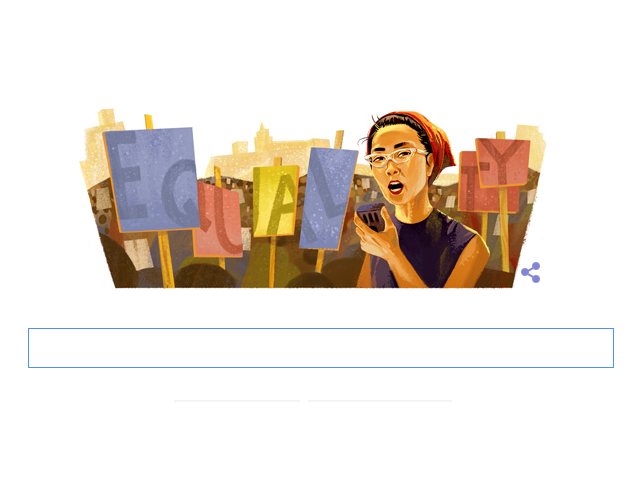 Google has also failed to commemorate American holidays and achievements via their Google Doodle, including D-Day anniversary and Memorial Day.