As major businesses, concert venues, and entertainers move to require proof of COVID-19 vaccination, rap megastar and fashion mogul Kanye West is gearing up to put on a massive concert in Chicago and fans won’t be required to present vaccination proof or be subject to a negative coronavirus test to attend.

The music mogul’s listening party for his upcoming album release, entitled Donda, is scheduled for August 26 at Chicago’s famed Soldier Field. But unlike so many other musical acts, no coronavirus restrictions will be levied on the 38,000 fans that will be permitted into the NFL stadium for the show.

City officials did force West to cut attendees in half for virus mitigation. West initially wanted to admit 68,000, but city officials slashed that the 38,000. Still, the city said that the coming event proves that concerts can be held safely. 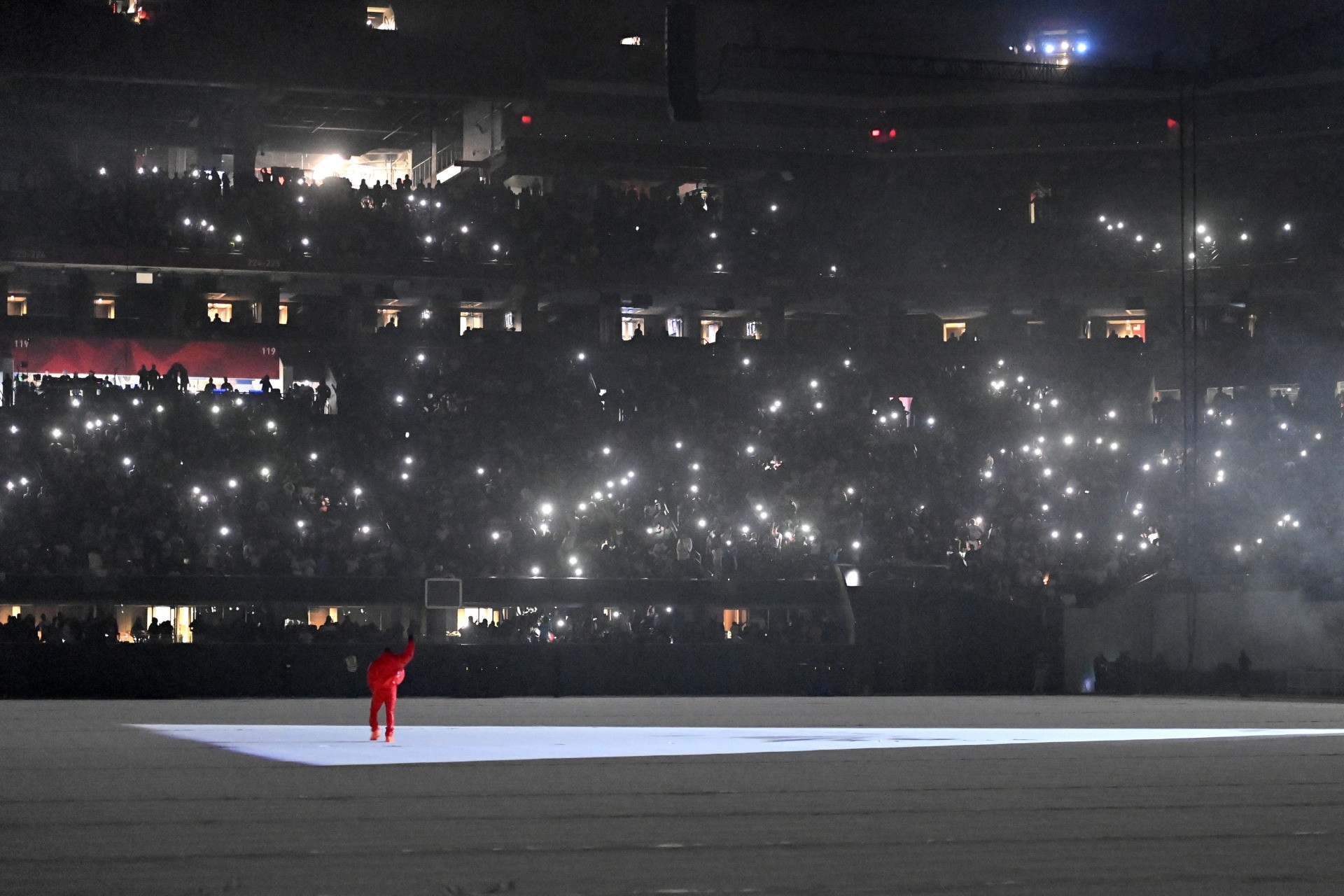 “Kanye West’s performance is one of many examples that show that Chicago can be open and safe at the same time,” Chicago Park District spokeswoman Michele Lemons told the Chicago Tribune. “We have worked with Soldier Field on COVID-19 safety protocols, as we have other venues including Wrigley and Guaranteed Rate Fields, and feel this event can be safely held with the proper mitigation efforts in place.” 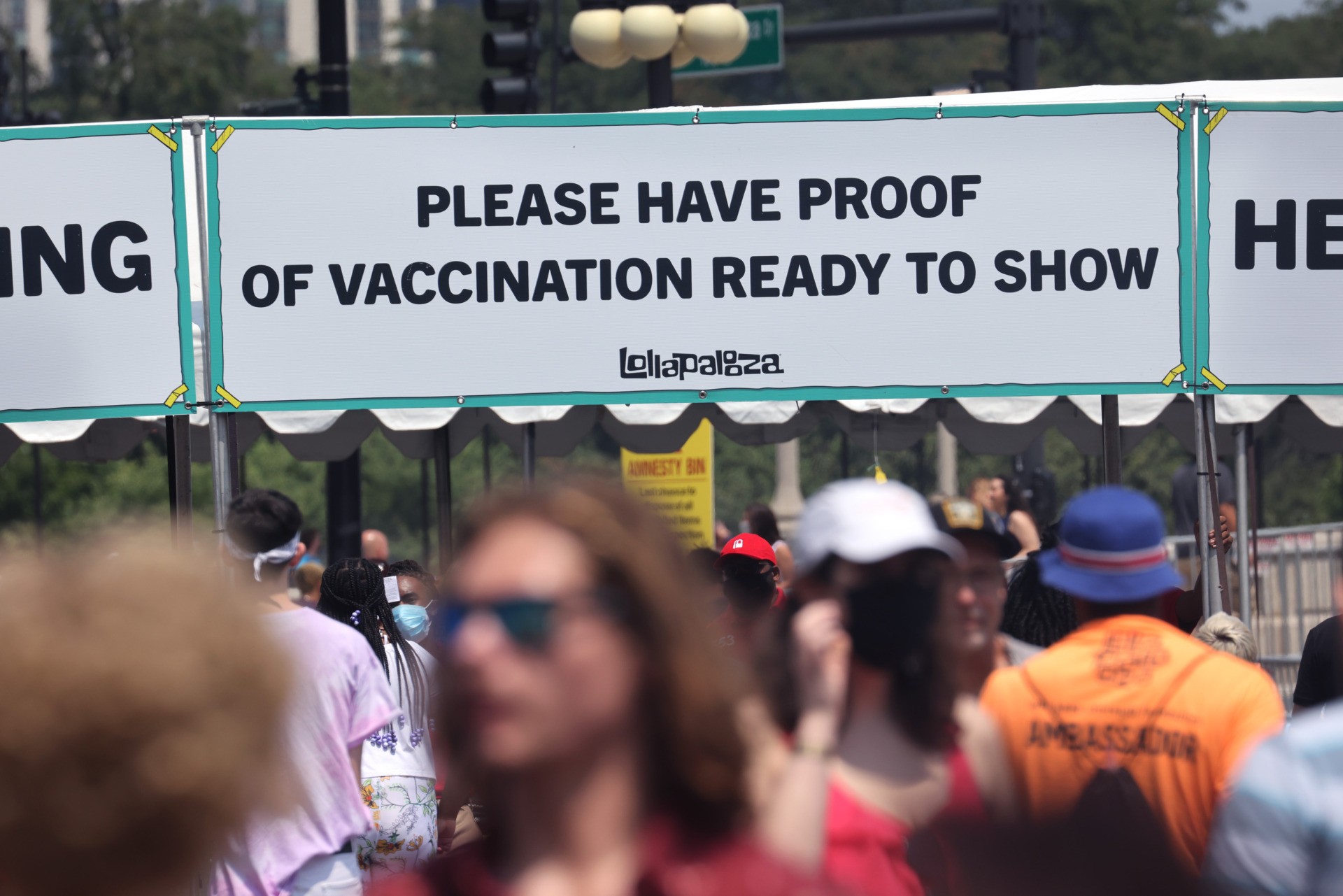 Guests are asked to show proof of having been vaccinated against the COVID-19 virus as they arrive for the first day of the Lollapalooza music festival on July 29, 2021 in Chicago, Illinois. The four-day music festival in the city’s downtown is expected to draw 110,000 fans each day. (Scott Olson/Getty Images)

West’s Chicago concert comes only weeks after the city’s giant Lollapalooza concert series that critics accused of being a “super spreader” event. However, after the event was said and done, Chicago authorities insisted that no large outbreak of cases could be linked to the concerts. Authorities also noted that no one was hospitalized, and no attendee died from case of the coronavirus contracted at the concert.

Other bands are not as sensible as West, however. The rock band Spoon, for instance recently dumped all its concerts in the state of Iowa merely because the state’s legislature banned vaccine passports.

In an Instagram post, the band exclaimed, “Due to Iowa’s limitations of vaccine mandates, we’re regrettably canceling the Sept. 9 Des Moines show.” 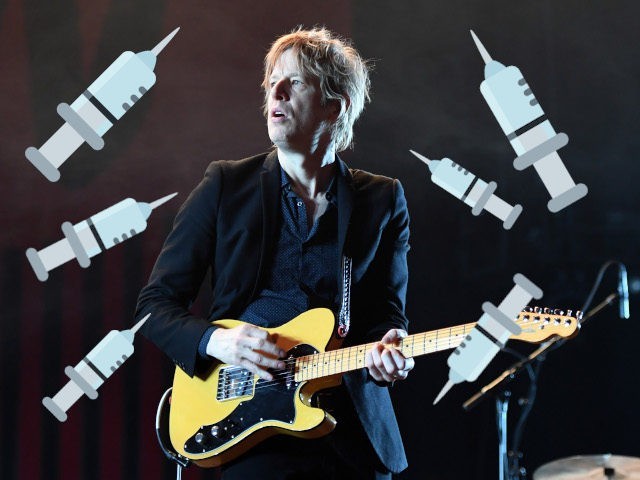 According to Billboard, several music festivals have also been cancelled, including Burning Man, Bluesfest, and the New Orleans Jazz Fest.