The woke, anti-male FX/Hulu series, Y: The Last Man, which, according to series star Amber Tamblyn, imagines “a world without cisgender men,” has been canceled after one season.

The series, which also stars Diane Lane, Ashley Romans, and Olivia Thirlby, had been in development for six years, was an adaptation of the comic book series of the same name that followed actions of the human race after a mysterious disease wiped out all creatures sporting the male dominant Y chromosome, killing all human men but one.

The series showrunner, Eliza Clark, jumped to social media to tell fans that, while disappointed, the creators intend to look for a new network to air a second season.

“We have learned that we will not be moving forward with FX on Hulu Season 2 of Y: THE LAST MAN. I have never in my life been more committed to a story, and there is so much more left to tell,” Clark wrote.

My statement on Y: THE LAST MAN and Season 2. pic.twitter.com/rFtb6pXu5i

Clark went on to explain the show’s ultra-work premise:

Y: THE LAST MAN is about gender, about how oppressive systems inform identity. We had a gender diverse team of brilliant artists, led by women at almost every corner of our production. Producers, writers, directors, cinematographers, production design, costume design, stunt coordination, and more. It is the most collaborative, creative Fulfilling, and beautiful thing I have ever been a part of. We don’t want it to end.

FX has been an amazing partner. We have loved working with them, and we’re sad YTLM is not going forward at FX on Hulu. But we know that someone else is going to be very lucky to have this team and this story. I have never experienced the remarkable solidarity of this many talented people.

“We are committed to finding Y its next home,” Clark concluded. 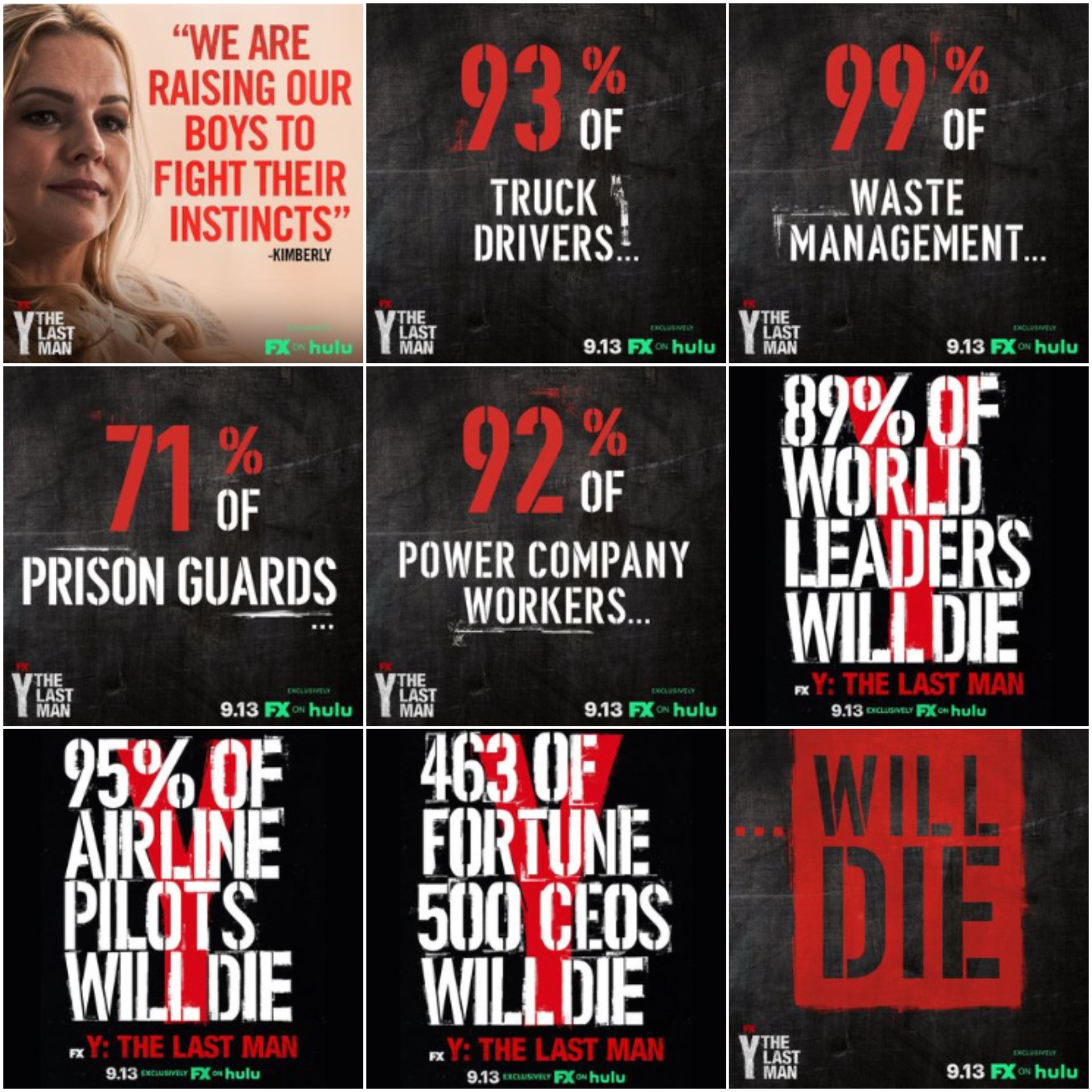 Clark ran into trouble with the woke class from the outset because the original comic book did not do much to address the left’s favorite “gender” issue: transgenderism.

A post shared by Y: The Last Man (@y_fxonhulu)

The original comics killed off every man who claims to be a transgender woman, and Clark and his crew struggled to work around this problem to satisfy transgender activists who were incensed that the show was killing trans “women” while biological women survived and thrived.

Just ahead of the show’s premier this year, many trans supporters posted numerous tweets denigrating the source material for not addressing transgender issues the way they want them to be addressed. So, the show started out under a cloud even for its target audience.
Cast member, actress and left-wing activist Amber Tamblyn was also disappointed with the demise of the show.

“YTheLastMan will not get a second season on FX and while I’m disappointed, I know this extraordinary show that has so much to say, and that says it so well, will find a great new home soon. Looking forward to the next chapter,” Tamblyn tweeted, adding, “If you’re with me, let the world know.”

#YTheLastMan will not get a second season on FX and while I’m disappointed, I know this extraordinary show that has so much to say, and that says it so well, will find a great new home soon. Looking forward to the next chapter.

If you’re with me, let the world know. #YLivesOn https://t.co/rpdmCNoUrj

There’s no word yet on where the Disney-owned FX is or if they plan to shop the series elsewhere. FX is the network behind the Emmy-winning series Handmaid’s Tale, which depicts a society where women are forced into a sex slavery caste system.