There has been a dramatic 61 per cent increase in anti-Semitic hate crime in the UK capital over the past 12 months according to the latest statistics released by London’s Metropolitan Police.

Breitbart London has reported on rising anti-Semitic attacks in London during 2015 but this is the first time figures have been released to back what various media outlets once dismissed as a minor problem compared to so-called Islamophobia.

The London anti-Semitism experience also mirrors events in other capitals across Europe. 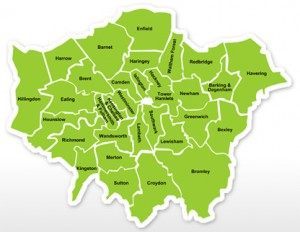 Speaking to the Jewish News, the Met police reaffirmed they are “committed to tackling hate crime in all its forms”, adding that they “take positive action to investigate all hate crime allegations, support victims and their families and bring perpetrators to justice.”

Reflecting on the figures, they said “there has been a rise in faith/religious hate crime, however the MPS believes these increases are down to a range of factors, including the improvements in crime recording, a growing willingness of victims to report hate crime; and an improved awareness of MPS staff to identify these offences.

Work continues to reassure the Jewish community that action is being taken, according to the Met: “We continue to speak regularly with local synagogues, and also work closely with organisations representing different faiths regarding hate crime issues, such as the Community Security Trust [CST] for anti-Semitic hate crime.”

Jonathan Sacerdoti, Director of Communications at Campaign Against Antisemitism said: “Since our inception we have pushed for zero tolerance of antisemitism under the law. It is vital that people report all incidents whether they are witnesses or victims.

“The rise in recorded antisemitic crimes is worrying, but by better highlighting these crimes, we have encouraged the authorities to take firmer action than they have in the past, in cases from that of Nazi sympathising school teacher Mahmudul Choudhury, who was convicted and then banned from teaching for life in proceedings we instigated, to the sentencing of antisemitic propagandist Joshua Bonehill-Paine to more than three years following our prevention of the ‘Anti-Jewification’ rally in Golders Green that he inspired.”