The speech, which lasted an hour and a half, was broken up by heckling protests from the League and the national-conservative Brothers of Italy (FdI), who chanted “elections! elections!” in opposition to the new coalition between the Five Star Movement and the left-wing Democratic Party (PD), Il Giornale reports.

Several MPs also shouted the word “poltrone”, or “armchair”, a reference to the Five Star Movement members who the League and the FdI have accused them of forming the coalition to save their own seats.

During his speech in the Chamber of Deputies, Conte promised that the new government would be both “rigorous and responsible” and called for better relations with the European Union.

“We cannot in the coming months waste our time with disputes and clashes,” he said and added: “We must be sober in our words and active in our deeds.”

While Italian President Sergio Mattarella has approved of the new cabinet, which includes civil servant Luciana Lamorgese replacing Matteo Salvini as interior minister, the coalition still needs approval from both the Chamber of Deputies and the Senate or it must resign.

Many have feared that the new coalition, with pressure from the PD, could undo the security and migration decrees written by Salvini and reopen the county’s ports to migrant transport NGOs and mass migration.

Conte commented on this during his speech stating he would be reviewing the migration and security decrees. According to Il Giornale, efforts are underway to open the ports if Italy can ensure some of the migrants are sent to other EU countries.

Former interior minister Salvini slammed Conte and the new coalition at a protest involving thousands in front of the Chamber of Deputies, stating there was evidently a “division between the closed palace and the Italy on the streets”. 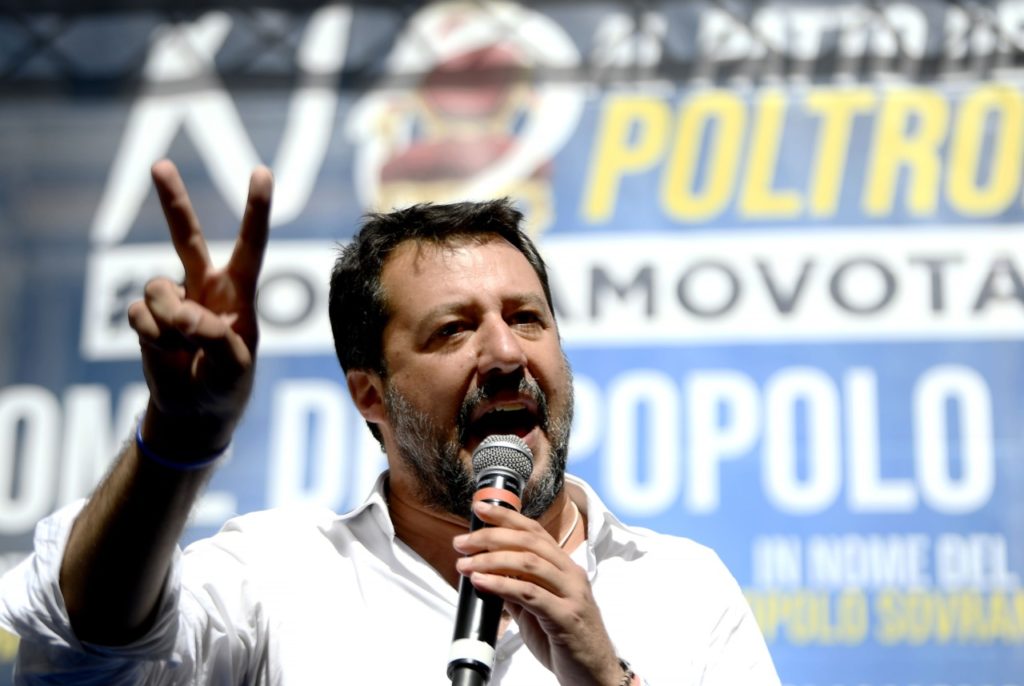 The protest, which was organised by the FdI, saw leader Giorgia Meloni welcome Salvini and the League, saying: “I say to the League: welcome back to the opposition of the left! Because unfortunately, we knew that the M5S was a leftist force.”

“Parliamentary Republic does not mean that the parliament can be organised against the people. They know they are doing something the Italians don’t want and because they know they can’t win a free competition in the elections, they steal it. They are thieves of democracy, thieves of sovereignty, thieves,” she added.