It’s been six months since an April 15 fire gutted the medieval structure, which was under renovation at the time and crisscrossed with scaffolding where the spire once stood.

Culture Minister Franck Riester on Tuesday offered an update on the effort to restore the ravaged cathedral. He said conservation work would take several more months, along with parallel work to evaluate the building’s soundness.

Riester denied that the French government had been slow to recognize the potential harmful effects of the lead that melted from the cathedral’s roof. He said health officials were taking regular samples from areas around Notre Dame to check for lead. 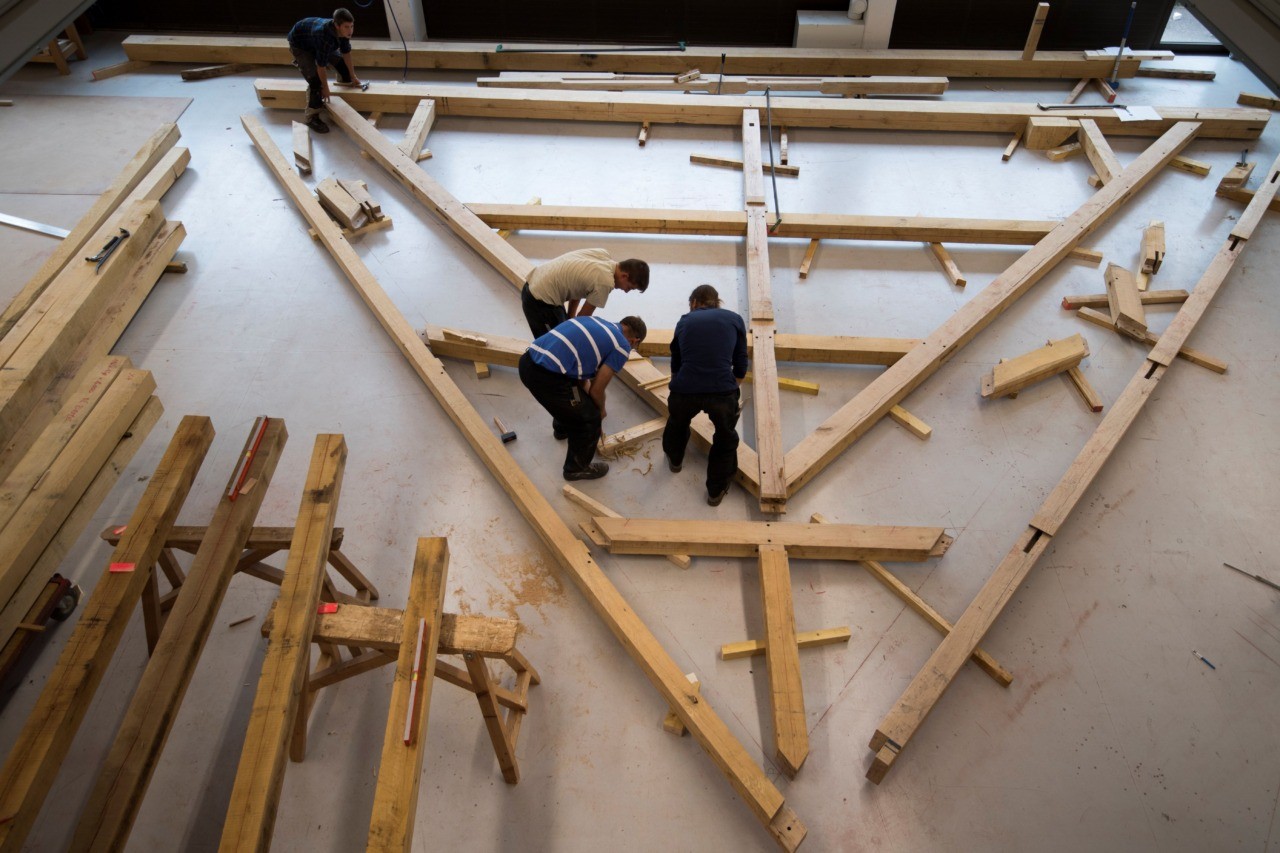 TOPSHOT – Carpenter apprentices work on a roof truss matching one of Notre-Dame de Paris Cathedral’s as part of their training at the “Compagnons du Devoir” in Gennevilliers on October 3, 2019. (Photo by Eric Feferberg / AFP) (Photo by ERIC FEFERBERG/AFP via Getty Images)