The attack on the Saudi Aramco facility halted output of more than half of Saudi Arabia’s daily exports, representing the loss of 5 percent of world crude oil output.

The price spike that followed drove the biggest percentage value jump in Brent crude alone since the lead up to the 1991 Gulf War that saw a U.S.-led coalition expel Iraqi dictator Saddam Hussein’s forces from Kuwait. 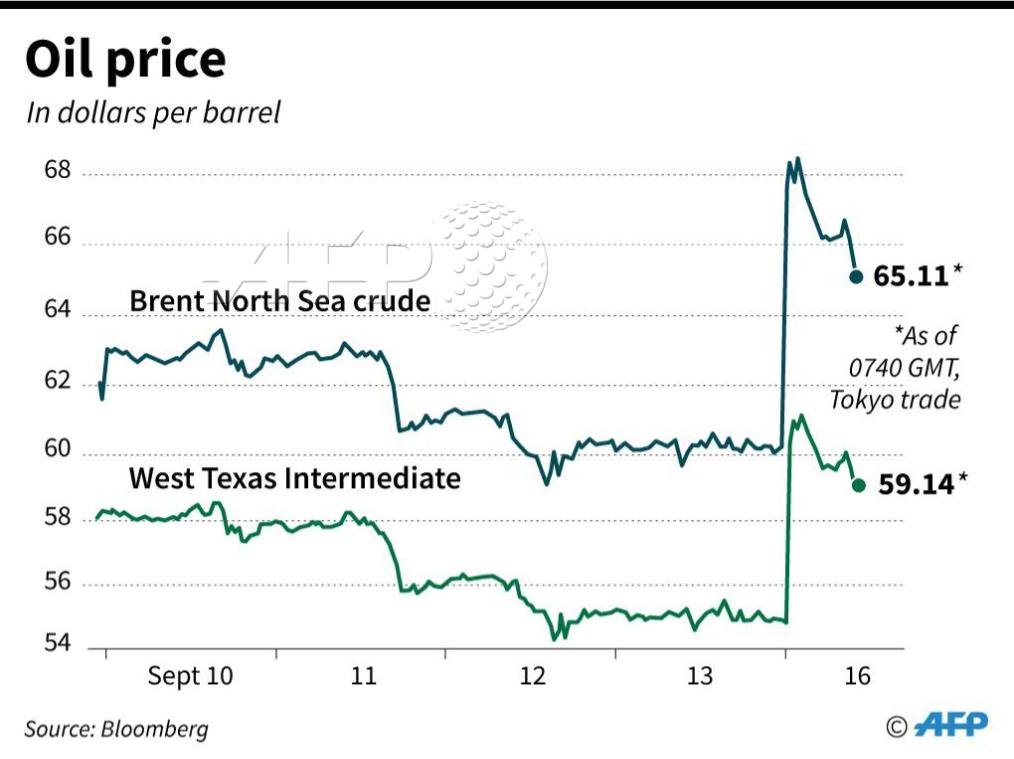 President Donald Trump warned the U.S. was “locked and loaded” to respond to the attack, as Breitbart News reported. The president also tweeted earlier he had authorized the release of oil from the U.S. Strategic Petroleum Reserve, “if necessary,” to minimise the effect of the Houthi strikes on global oil markets.

He spoke as U.S. officials offered satellite images of the damage at the heart of the kingdom’s crucial Abqaiq oil processing plant and a key oil field, alleging the pattern of destruction suggested the attack on Saturday came from either Iraq or Iran — rather than Yemen, as claimed by Iranian-backed Houthi rebels there.

Iran for its part called the U.S. allegations “maximum lies.” 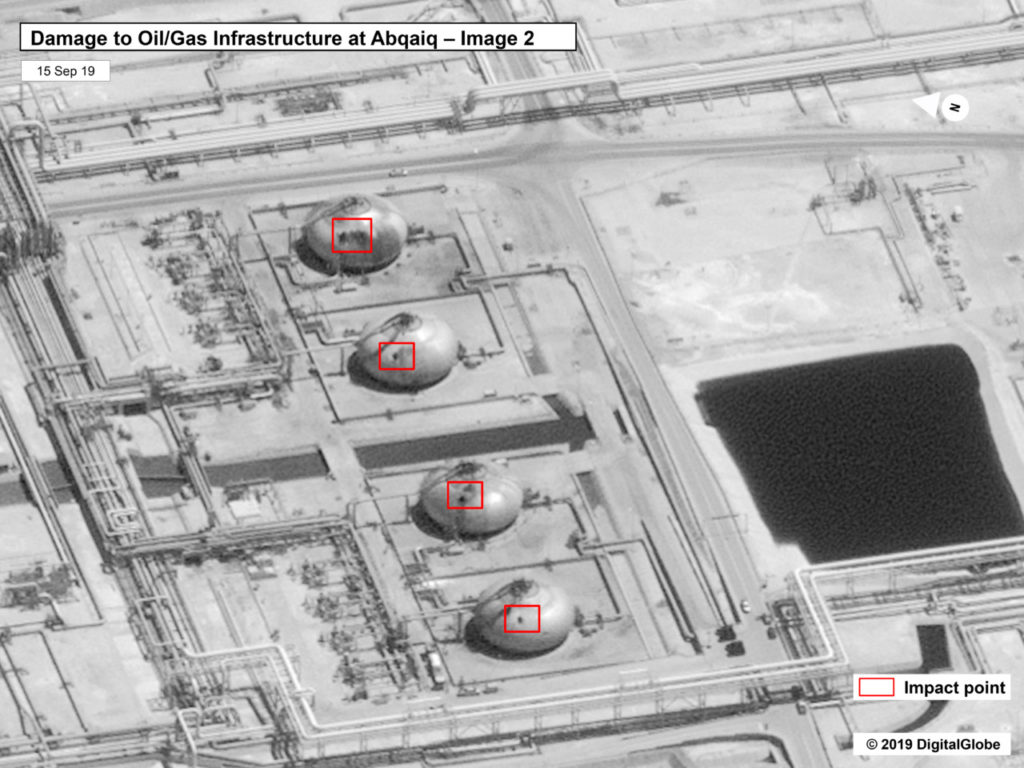 This image provided on Sunday, Sept. 15, 2019, by the U.S. government and DigitalGlobe and annotated by the source, shows damage to the infrastructure at Saudi Aramco’s Abaqaiq oil processing facility in Buqyaq, Saudi Arabia. The drone attack Saturday on Saudi Arabia’s Abqaiq plant and its Khurais oil field led to the interruption of an estimated 5.7 million barrels of the kingdom’s crude oil production per day, equivalent to more than 5% of the world’s daily supply. (U.S. government/Digital Globe via AP)

U.S. benchmark West Texas crude was up around 8 percent. U.S. gasoline and heating oil similarly were up over 8 percent and 7 percent respectively before markets opened in New York.

Saturday’s attack halted production of 5.7 million barrels of crude a day, more than half of Saudi Arabia’s global daily exports and more than 5 percent of the world’s daily crude oil production. Most of that output goes to Asia.