The general made his remarks Friday while addressing a group media on the sidelines of a “martyr’s” memorial event, the Tehran Times reported. He said:

We have become powerful, because we have been invincible and, at the same time our enemies have been weakened and their options have become really weak.

It is evident that the enemy no longer has the capability; once it wanted to act and force us to react, but today, the enemy is not even capable of reacting to our capabilities and this reality is seen today on the battlefields.

Salami then went on to outline what he claimed was Iran’s rising military sophistication, saying, “The (military) achievements are at a level that we do not announce them to the media but (generally speaking,) we are progressing on a daily basis in all areas.

He then pointed to what he said were advanced, new “missiles, drones, radars, air defense (gears), vessels, torpedoes, anti-armor missiles, and guided cannons…” capable of obliterating the country’s perceived main enemy, the U.S.

General Salami is no stranger to prognostications of the terrible fate awaiting Iran’s enemies.

Last month he said Iran has special “hidden” military powers it was ready to unleash at any moment on an unsuspecting world, as Breitbart News reported. 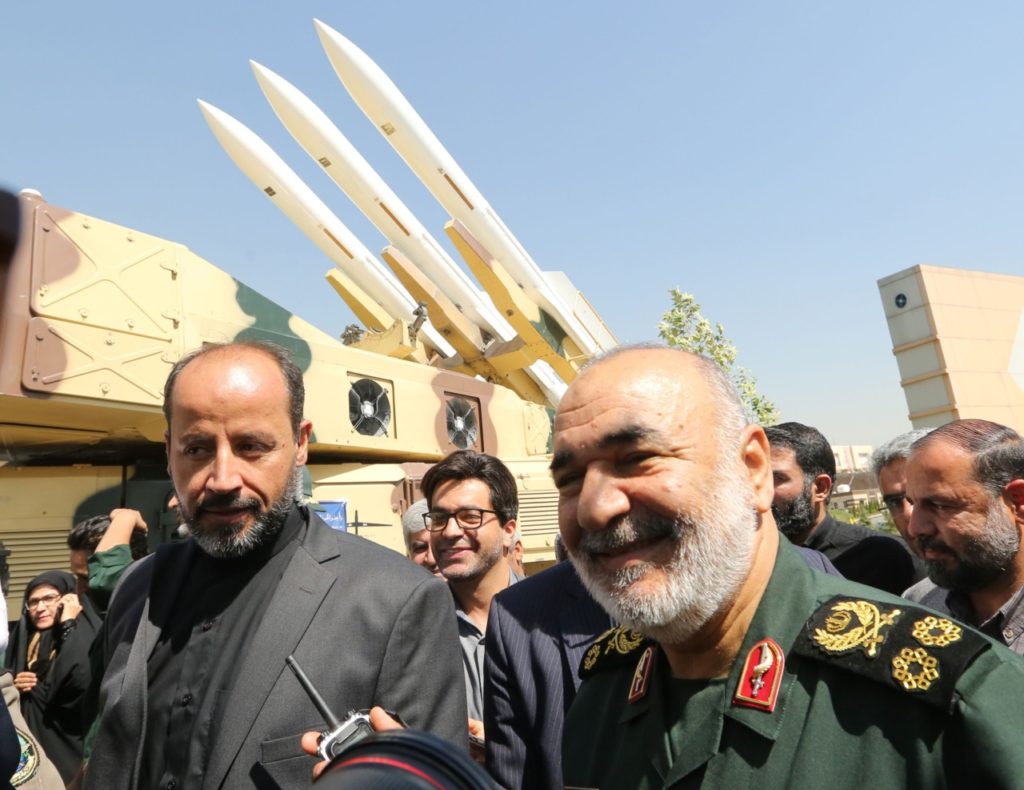 Iranian Revolutionary Guards commander Major General Hossein Salami (R) walks past a Khordad-3 air defence system during a visit of an exhibition at the Islamic Revolution and Holy Defence museum in the capital Tehran. He warned any country that attacks the Islamic republic will see its territory become the “main battlefield”. (ATTA KENARE/AFP/Getty Images)

According to the domestic Fars News, Salami said enemies of his country are unaware of secret capabilities of Iran, adding Tehran has significantly enhanced its military power to create threats and problems unknown and unexpected for anyone who opposes it.

“Our enemies must know that we have increased our capability of creating unknown threats. We have not yet disclosed our main sources of power and what they have seen and we have used so far is a small part of our capacities,” the major general said.