BEIRUT (AFP) — Rescuers resumed a search Friday for possible survivors under rubble in Beirut, buoyed by faint hopes of a miracle a month after a monster blast ripped through the city’s port.

The cataclysmic August 4 explosion killed a total of 191 people, making it Lebanon’s deadliest peacetime disaster. One month on, seven people are still listed as missing.

Hopes emerged on Thursday that one of them could still be found alive after a specialist sensor device detected a heart beat under the debris of a flattened building.

Crews of rescue workers from Chile and Lebanon used their hands on Friday to lift chunks of rubble from the site between the hard-hit districts of Gemmayzeh and Mar Mikhail.

They resumed their efforts after pausing briefly overnight, an AFP photographer at the scene said. 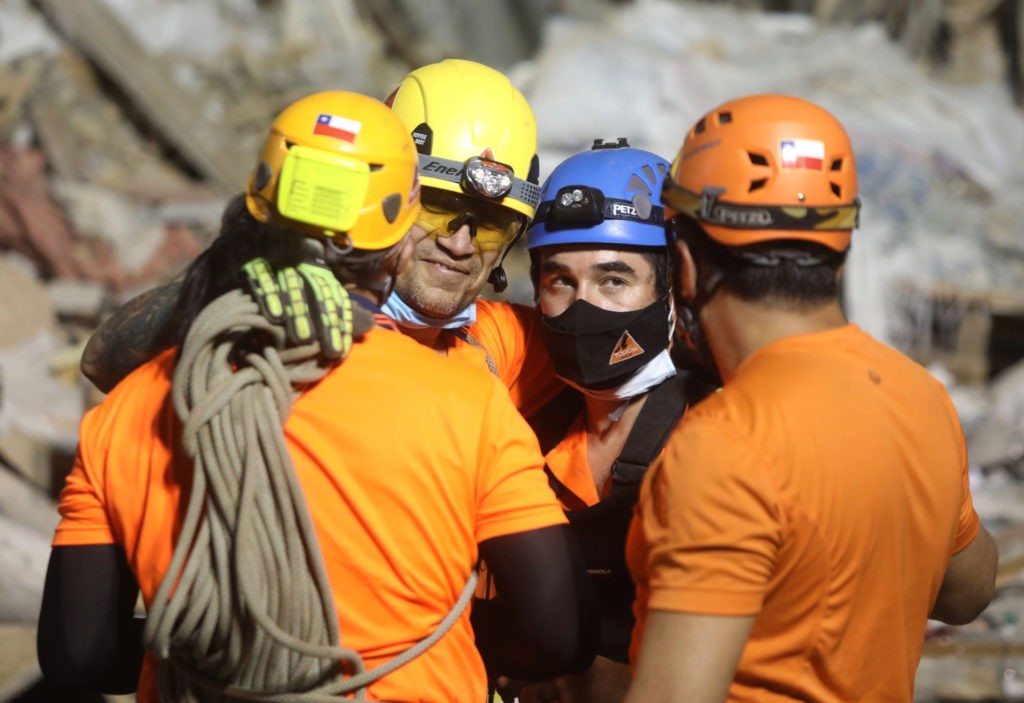 Chilean rescue workers gather near a badly damaged building in Lebanon’s capital Beirut, in search of possible survivors from a mega-blast at the adjacent port one month ago, after scanners detected a pulse, early on September 4, 2020. (IBRAHIM AMRO,IBRAHIM AMRO/AFP via Getty Images)

“We have excavated rubble but we haven’t reached a conclusion yet,” said George Abou Moussa of Lebanon’s civil defence.

The pulse they detected on Friday had already slowed significantly compared to a previous recording, said Nicholas Saade, who coordinates between the Chilean and Lebanese rescuers.

“After removing the big chunks we scanned again for heartbeats or respiration, it showed low beat/respiration” levels of seven per minute, he told AFP.

The area excavated by rescuers was among the hardest hit by the blast that was so powerful it was heard in Cyprus, some 240 kilometres (150 miles) away.

The explosion ravaged swathes of Beirut and piled on new misery for Lebanese already reeling from the coronavirus pandemic and the country’s worst economic crisis in decades.

A sniffer dog deployed by Chilean rescuers on Wednesday night had responded to a scent from the site of a collapsed building in Gemmayzeh, Beirut governor Marwan Abboud said.

After detecting a pulse on Thursday, Lebanese emergency workers teamed up with the Chileans determine whether there were any survivors.

News of the search drew crowds of people hopeful that another life could be saved.

Using their hands and shovels, they moved Friday in the “direction of the signal”, trying to find a tunnel or entry point that would give them access to a “survivor or corpse”, Saade said, without elaborating on how long the process could take.

Lebanon, already mired in an economic crisis before the port blast, is not equipped for disaster management.

The country lacks the tools and expertise to handle advanced search and rescue operations which are now being supported by experts from Chile, France and the Unites States. 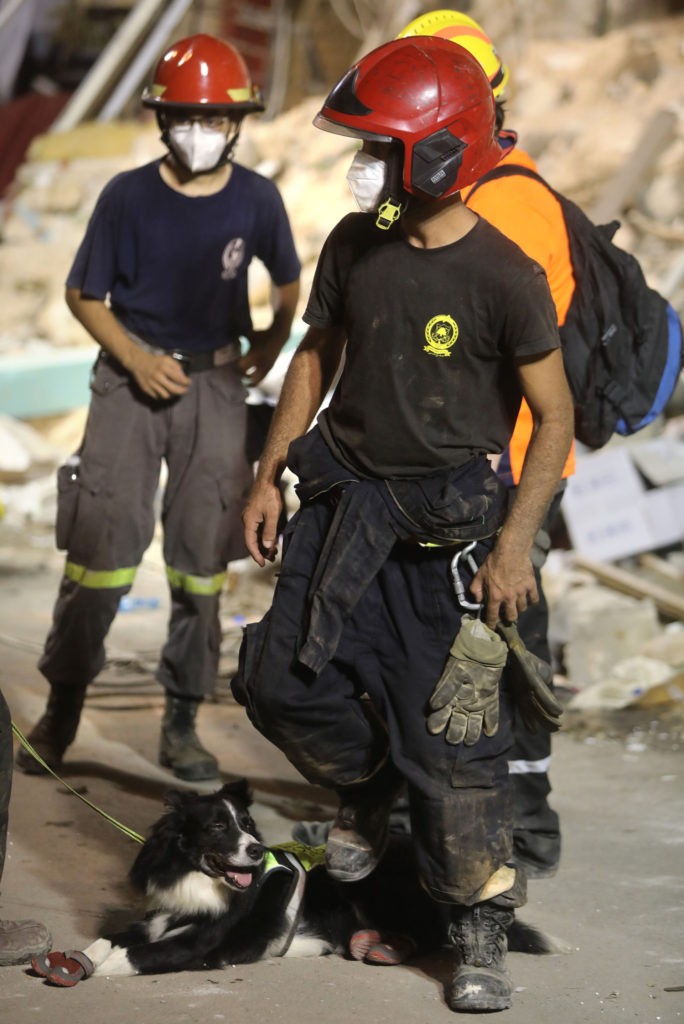 The Chileans arrived recently with a sniffer dog trained to find humans, as well as specialist sensor devices that can detect heart beats and breathing.

They have been praised as heroes by many Lebanese on social media who have compared their expertise with the lacklustre performance of what they see as an absent state.

Lebanese authorities came under more fire from an anxious public after Thursday’s search and rescue operation was paused for two hours.

In a statement on Friday, the Lebanese army said search and rescue efforts had been halted because chunks of the building’s wall could fall on emergency workers.

Rescuers resumed work at 2230 GMT after military engineers with the help of two cranes “managed to secure the building for work to resume”, the statement said.

The stoppage sparked an outcry on social media.

“There is a heart beating in Mar Mikhail, and there are heartless officials who decided to stop the rescue operation,” activist Zahia Awad said on Twitter.

Hassan Diab, who quit along with his government in the wake of the blast, said 2,750 tonnes of ammonium nitrate had blown up. The fertiliser had been stored in a portside warehouse for years, without precautionary measures.

But experts believe the quantity that ignited was substantially less than declared by authorities.

Western powers including France and the United States have joined calls by Lebanese citizens at home and abroad for an international investigation.

Lebanese authorities, however, have rejected foreign involvement in the probe, favouring instead a local investigation, albeit supported by the US FBI.

France has launched its own probe.

All 25 suspects identified by Lebanese investigators are now in custody, a judicial source told AFP.