That, by itself, is no surprise: Cox is in second place in many polls, behind frontrunner Lieutenant Governor Gavin Newsom, and only the top two finishers in the “jungle” primary will advance to the general election.

Nor is it surprising that the attacks are coming from supporters of Democrat former Los Angeles mayor Antonio Villaraigosa, who was long expected to breeze through the primary until Cox surged in recent months.

What is surprising is that the mailers are attacking Cox from the right, echoing attacks that have been launched by Cox’s main Republican rival, Assemblyman Travis Allen (R-Huntington Beach). The mailers refer to Cox as a “Democratic Activist” and a “Chicago Liberal,” and note that he did not vote for Donald Trump in 2016. (Trump has since endorsed Cox for governor).

One mailer is actually designed to look like it comes from Travis Allen. There is an attractive photograph of Allen and his family next to a military aircraft, plus a list of Republican endorsements for Allen. 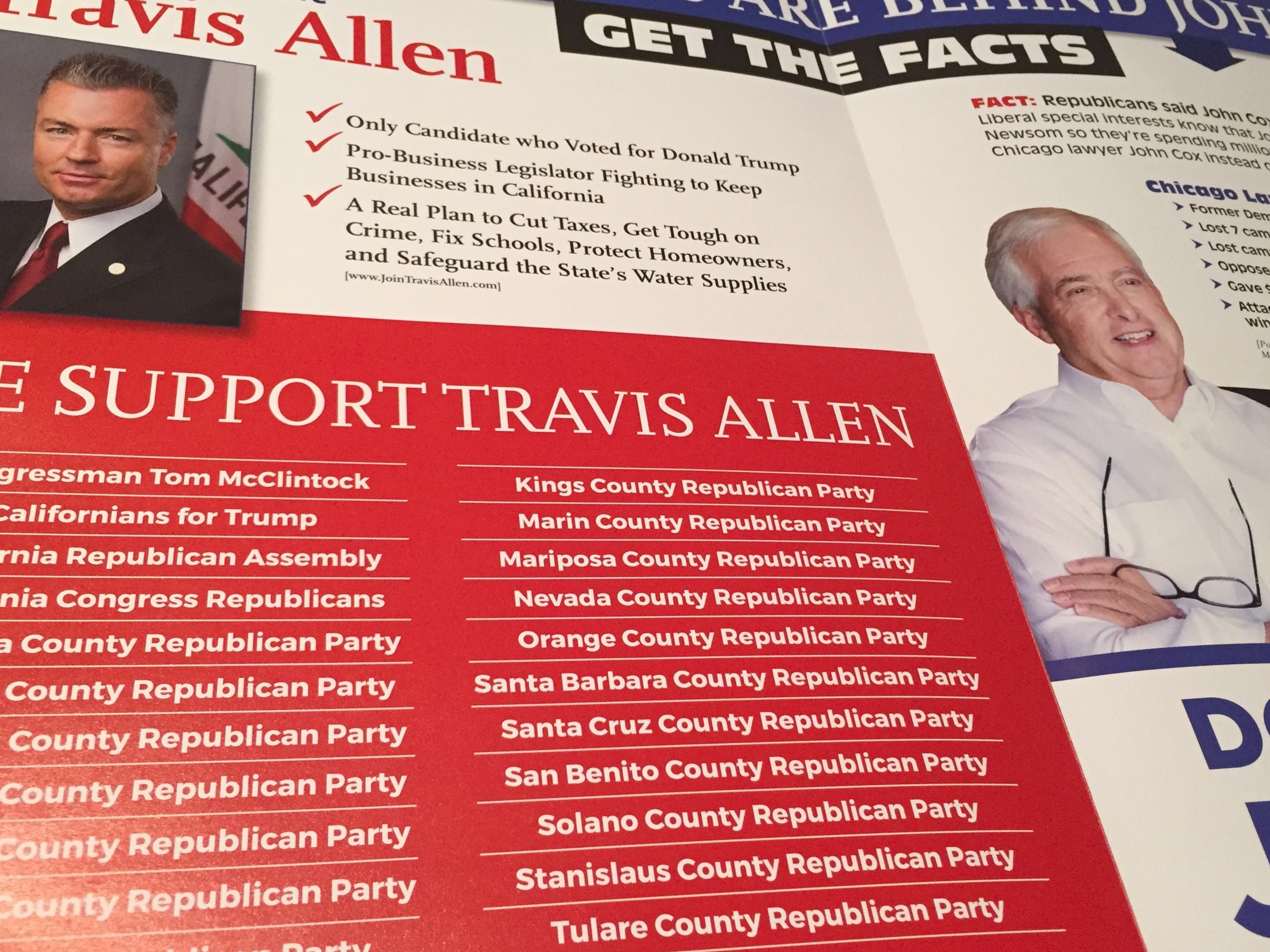 It is only once readers see the fine print of who paid for the ads that the truth becomes clear: the mailers are “Paid for by Families & Teachers for Antonio Villaraigosa for Governor 2018, sponsored by California Charter Schools Association Advocates,” groups that are backing the Democrat. 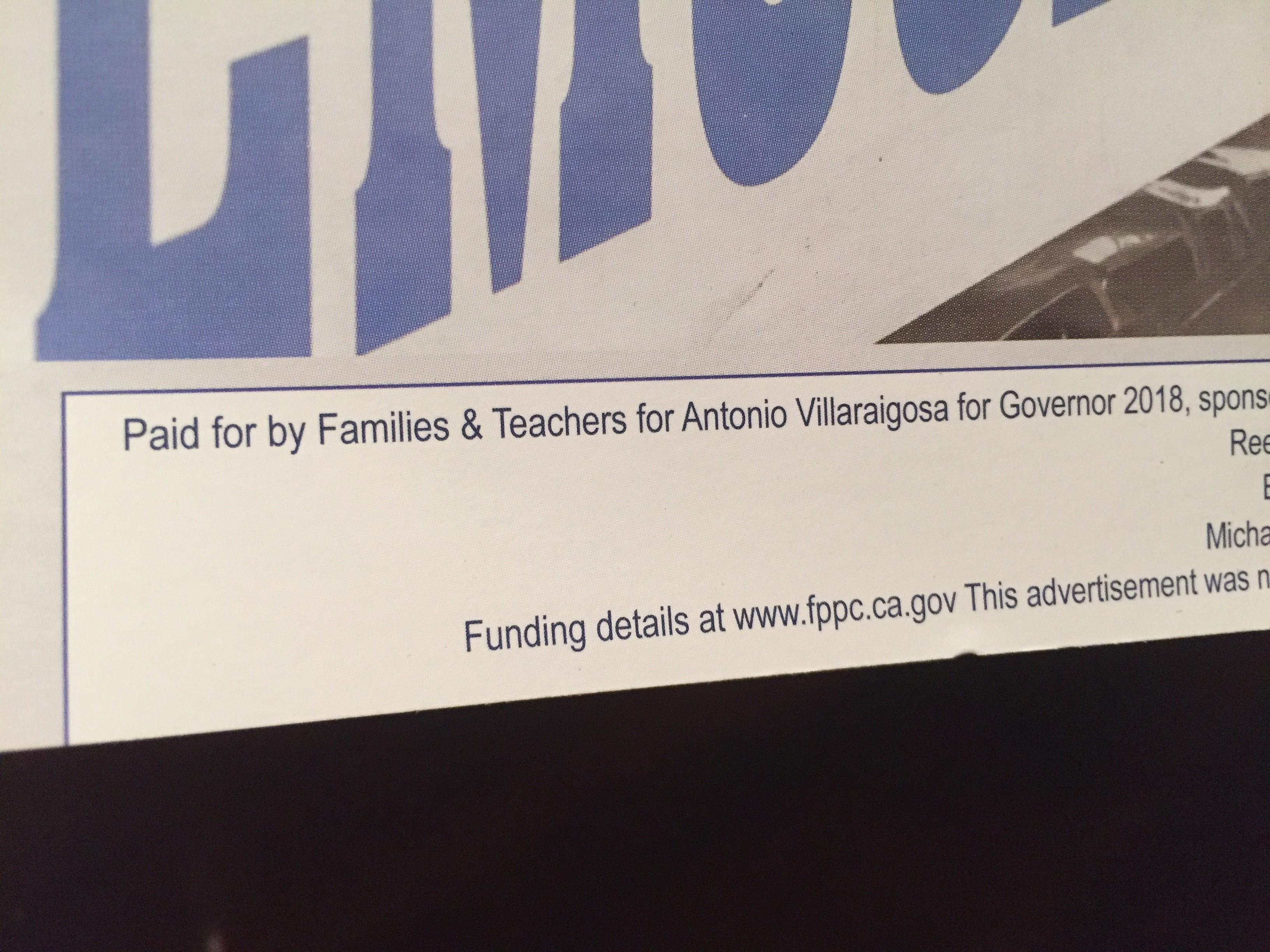 What looks like Republican mailers are actually propaganda placed by Democrats in an attempt to split the Republican vote and create an opening for Villaraigosa to qualify for the general election.

Many of the claims by the group against Cox were debunked by the Sacramento Bee: “John Cox did lose 13 campaigns before running for governor, but he isn’t a secret Democrat.”

These sorts of tricks are commonplace — and legal — in California, where all is fair in the “jungle” primary.

Joel B. Pollak is Senior Editor-at-Large at Breitbart News. He was named to Forward’s 50 “most influential” Jews in 2017. He is the co-author of How Trump Won: The Inside Story of a Revolution, which is available from Regnery. Follow him on Twitter at @joelpollak.