This morning’s key headlines from GenerationalDynamics.com 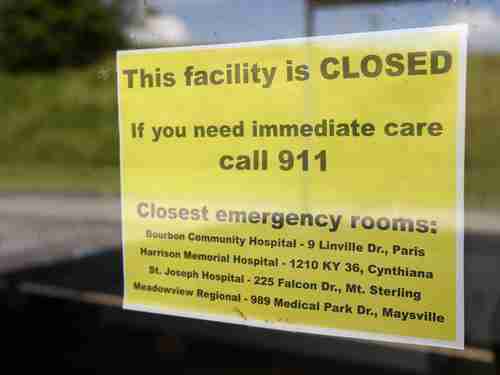 Members of the UK’s far left British Medical Association (BMA) labor union will vote on whether to go on strike on November 18 against the National Health Service (NHS). The vote was called after the union rejected a last-ditch pay offer by the UK government that increased pay by 11% and reducing the maximum work hours per week to 72 from 91.

As I wrote in “5-Aug-15 World View — Britain’s National Health Service (NHS) faces existential financial crisis”, UK’s government-run single-payer health system is facing a financial disaster, with a deficit of over $3 billion in 2015-16, and growing rapidly. Furthermore, with so much money involved, the NHS is filled with criminality and fraud. As a result, the NHS faces cutbacks on staffs, increases in waiting times for appointments that are already measured in months, and cutbacks in services.

Because the NHS bureaucracy is so old and bloated, and because the services are “free,” costs can only be controlled by rationing, queuing, reduced quality and artificial cost suppression. UK’s doctors earn far less than doctors in other countries, and UK specialists earn about half of what they do in America. As a result, UK’s homegrown doctors have left to work in other countries, and NHS has had to import 28% of its doctors from abroad, usually from poorer countries where low UK salaries look attractive. Oxford Mail and Telegraph (London)

Since then, billions of dollars have been poured into the Veterans Administration but, as in the case of the NHS, the extra tsunami of money is disappearing, and services are continuing to get worse. At the Phoenix VA medical center, which was the epicenter of the 2014 scandal, appointment times and fraudulent activities continue to worsen, with the center using complicated wait-time calculations to obscure ongoing appointment delays.

According to one whistleblower, “The reality is veterans are waiting months — three, six months at a time, sometimes more — for care at the Phoenix VA” — and this includes critical health procedures, such as colonoscopies.

In August, more than 8,000 requests for care had wait times longer than 90 days at the Phoenix VA, and even those figures are low because of deceptive methods for measuring wait times.

Even worse, whistleblowers continue to receive vicious retaliatory treatment for complaining. The Veterans Administration is no longer in the news every day, but the fraud and criminality is just as bad, and probably worse. CNN and Military Times and CNN (13-Apr-2015)

Obamacare prices skyrocketing in 2016, as I predicted in 2009

In July 2009, when Obamacare was first announced, I wrote that Obama’s health plan is a proposal of economic insanity. I compared it to President Richard Nixon’s wage-price controls, and I predicted that it would be just as much of an economic disaster.

In 2009, I said that Obamacare was no different, at its core, than Nixon’s price controls, and that the same kind of disaster would recur. I repeated that comparison many times. ( “1-Dec-13 World View — Obamacare: 500M lines of code, $500M, only 60% completed”) Obamacare was imposed in 2013 and, now, in its third year, Obamacare prices are surging.

But now, for 2016, Obamacare premiums are skyrocketing, again like Nixon’s third year. 231 insurers requested double-digit percentage premium price hikes for 2016, as opposed to just 121 in 2015. Furthermore, the magnitude of the hikes will be much greater in the upcoming year. A whopping 126 plans aimed for a minimum 20% premium hike, 61 plans attempted to justify a 30% premium boost, 26 policies are targeting a 40% price jump, and a dozen plans actually requested a 50%-plus premium jump for 2016.

Taking all plans into account, premium prices are rising 20.3%, much worse than the 12% disaster following Nixon’s price controls.

Administration officials are bragging that Obamacare premium costs for the cheapest plan, the Silver Plan, increased only 7.3%. (I recall similar deceptions argued by Nixon’s supporters in the 1970s. That’s like saying that the inflation rate may be 12%, but the price of tomatoes only rose 7%.) When you look at the entire Obamacare marketplace, premium prices are rising 20.3%. Forbes and Daily Caller

In what is being called a bellwether election, a Tea Party Republican, Matt Bevin, this week unexpectedly won the election for governor on a platform that included repeal of Obamacare.

Kentucky voters elected Republican businessman Matt Bevin as their new governor on Tuesday, which sadly means a whole lot of people are probably about to lose their health insurance. The Tea Party favorite has promised to roll back pieces of the Affordable Care Act that have helped slash Kentucky’s uninsured rate by more than half according to Gallup, the biggest drop of any state in the country since the law’s major planks were implemented.

Oh well. ‘Twas a happy story while it lasted.

Obamacare has been an unmitigated financial disaster for Kentucky, as I described in my August article, “Healthcare.gov — The greatest software development disaster in history”, which I posted after months of extensive research.

I wrote extensively about what happened to Kentucky. Here’s a short list of the devastation:

Matt Bevin won because he wants to bring this disaster under control. Obamacare acolytes like Weissmann are appalled because they do not understand simple economics. Louisville (Ky) Courier-Journal and USA Today (8-May-2015) and Slate

As I wrote two weeks ago when the Colorado Obamacare health insurance co-op collapsed, these co-ops are almost unbelievably hare-brained entities designed to be non-profit and provide competition to the evil corporate insurance companies. (Read my August article for further details on Obamacare co-ops.)

Co-ops have been paying out $1.10 to $1.60 in benefits for each dollar they received in insurance premiums. They got away with this because they were supported by federal Obamacare slush funds – which are now running out.

During the last week, co-ops collapsed in four states: South Carolina, Utah, New York, and Michigan. There are 23 Obamacare co-ops in all, and that makes 12 of them that have collapsed. California Health Line

Another hare-brained Obamacare scheme is the “risk corridor” program, which is supposed to collect excess profits from profit-making insurers, and give the money to insurers losing money. As jaded and cynical as I am, this thing is so incredibly stupid, even by Obamacare standards, that I can barely believe it. Once again, read my August article for further details.

Just in time for this article, Standard and Poors said on Thursday that the risk corridor program is facing a massive cash shortage, with only $1 to cover every $10 in claims.

Once again, it is time to recall the words of that great Obamacare architect, MIT professor Jonathan Gruber, who said: “Call it the stupidity of the American voter or whatever. But basically that was really, really critical to getting the thing to pass.” He was not talking about me. He was talking about Obamacare supporters. And he was absolutely correct. The Hill