In the early hours of Wednesday morning, Donald J. Trump stunned political insiders, beltway prognosticators, and global elites when he emerged victorious as President-elect of the United States of America.

His success also represented the final victory of late-conservative icon and grassroots legend Phyllis Schlafly, who passed away just two months before the candidate—whom she viewed as the culmination of a grassroots movement she had led for over half a century—ascend to the highest office in the nation.

Schlafly was one of Trump’s earliest and most influential endorsements. With her backing, the populist billionaire went on to win more votes in a Republican primary than any GOP nominee in U.S. history.

Schlafly devoted herself fully to her effort to inspire conservatives to unite and propel Trump to victory on November 8th. Her final book, released the day after she passed away, was titled The Conservative Case for Trump and was penned as a final rallying cry from the woman who spent more than one quarter of all American history leading the conservative grassroots into battle.

“The revolution to take back America starts now,” Schlafly wrote. “Donald Trump might seem an unlikely candidate to some, but he offers the American public something it’s been yearning for: ‘a choice, not an echo’; a candidate not intimidated by political correctness or the liberal media. Donald Trump is our choice for president not only because he can win… but also because when you examine what he says and believes, you discover an American patriot with policies that will make America great again.”

Similarly, her final video message to her followers urged voters to defy the “Kingmakers” and corporate media by supporting Trump for President.

“Don’t listen to the Kingmakers or the media as they try to mislead you and scare you,” the godmother of the conservative movement told viewers. “Donald Trump is the strong leader America needs at this time. He will make us proud. I’m Phyllis Schlafly and I’m voting for Donald Trump.”

Unfortunately, the 92-year-old conservative warrior did not live long enough to cast her vote for the man and the movement that she saw as the realization of her life’s work for her country. Yet, her work is reflected in his victory, prominent nation-state conservatives tell Breitbart.

In September, Trump himself explained that Schlafly’s endorsement made all the difference to his success. “Phyllis endorsed me a long time ago when it wasn’t necessarily something that was so easy to do. And she was incredible. She was so brave,” Trump said. “And I will never forget that. [Her endorsement] had a huge impact. She was a great, great powerful woman with a tremendous heart.” 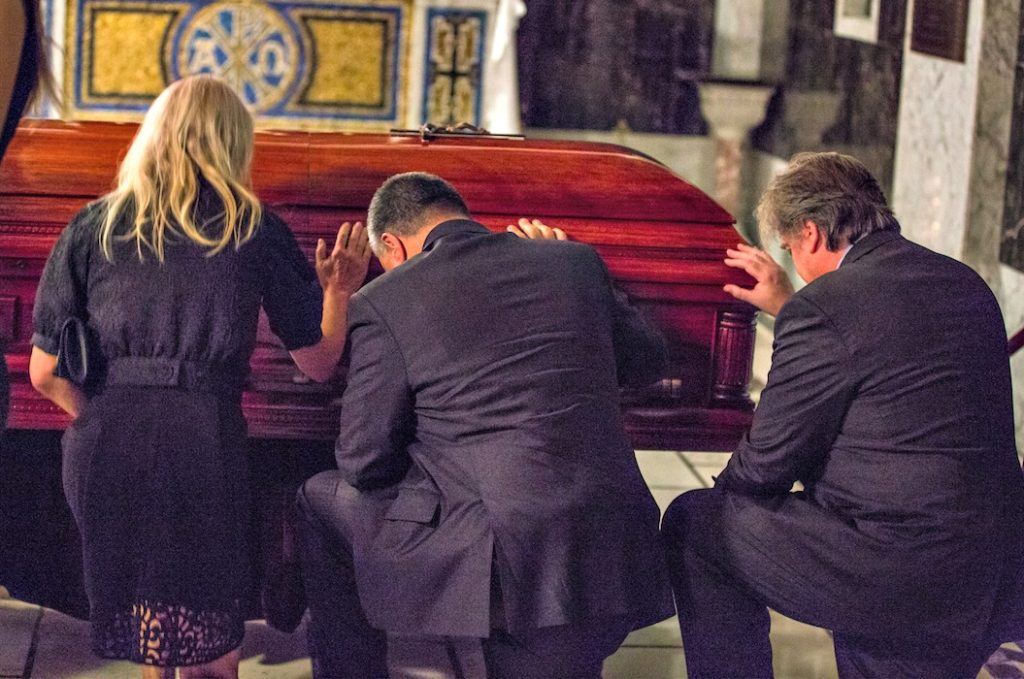 “I have no doubt that Phyllis is looking down on this victory and smiling,” Ingraham added. “I bet her prayerful intercession on our behalf really helped and I know her decades of work for the founding principles of America helped make this win possible.”

“Phyllis Schlafly, in her vast political wisdom, knew the winning issues and messaging that would win the hearts and minds of Americans,” said Ed Martin, President of Phyllis Schlafly’s Eagle Forum Education and Legal Defense Fund. Schlafly had hand-picked Martin going into the 2016 election to help her in her efforts to shape the Republican party platform.

“She recognized, years ago, that job-exporting free traders and globalists had infiltrated the Republican Party and alienated the blue-collar, working Americans of our great industrial nation,” Martin added. “[On election] night, Phyllis’s support of Donald Trump and prediction of his election was fulfilled… We continue to be astounded by Phyllis’s political foresight and wisdom, and we will continue to work to advance her legacy of fighting for America first.”

As Schlalfy’s son said at his mother’s funeral mass, “My mother… saw in him the embodiment of her classic work that she wrote in 1964, A Choice Not An Echo. As she was telling me last year, this person [i.e. Trump] is the choice, not an echo.”

Indeed, Schlafly repeatedly explained that she viewed Trump as the “only hope to defeat the Kingmakers”— i.e. a bipartisan clique of international elites who control the political system and who, for their own personal pocket-book reasons, support “America Last” policies that prioritize the needs of other nations and international corporations above the needs of America and her citizens.

“Trump is the only hope to defeat the Kingmakers,” Schlafly told Breitbar News almost precisely one year ago. “Because everybody else will fall in line. The Kingmakers have so much money behind them.”

“The Kingmakers have a vested interest in preventing— at all costs—the election of a president… who will… curtail the foreign giveaway programs” and whose policies “will serve the best interests of the United States of America” rather than global special interests, Schlafly wrote in 1964.

Schlafly explained that the Kingmakers have at their disposal unimaginable resources to aid in the enactment of their agenda, not least of which is their control of corporate media. In particular, Schlafly singled out the New York Times, which she described in 1964 as the “chief propaganda organ of the secret Kingmakers.”

Schlafly believed that Trump’s “America first” platform was diametrically opposed to the Kingmaker’s “America Last” agenda. She predicted that Trump would be successful because the American people wanted “a fighter” and because he represented “everything the grassroots want,” particularly on the issues of immigration and trade. Schlafly said:

The Establishment– the people I call the Kingmakers– have been picking our candidates for so many years and they’ve given us a whole bunch of losers. And I think people want a fighter. The Kingmakers [have picked] one loser after another because they were more interested in maintaining their flow of money from the big donors and their cooperation with the Democrats—their bipartisanship—and that’s not my goal. I’m for America [Schlafly slammed her hand on table] and America first [slammed her hand down again].

“I think that we need to respect the will of the majority. Republicans ought to be a grassroots party. And the grassroots certainly agree with Donald Trump on most issues, but certainly on the immigration issue… I certainly think he represents everything the grassroots want,” Schlafly told Breitbart News last year.

Schlafly shared what she viewed as Trump’s compassion for the “forgotten” working-class men and women of the country who have been overlooked by politicians controlled by corporate special interest donors. As Schlafly explained in 2009—seven years before the grassroots defied the odds and secured Trump’s historic victory—she believed her legacy and the lesson of her fabled career in political activism was that “the grassroots can organize, and take on all the powers that be and defeat them.”

“That is the lesson,” Schlafly said.

Interestingly, while Schlafly’s chosen candidate has pledged to “make America great again,” in 1963 the publisher of the St. Louis Globe-Democrat wrote: “Phyllis Schlafly stands for everything that has made America great and for those things which will keep it that way.”

As was custom for Schlafly, she never shied away from a principled fight even if it meant she had to take on members of her own party. In championing Trump’s candidacy, Schlafly took on—what Pat Buchanan has described as— the “Davos conservatives” at the National Review (whom Schlafly herself denounced as no “authority on conservatism”), she took on Fox News, she took on Bill Kristol and the editors of the Weekly Standard, she took on Republican House Speaker Paul Ryan, and she was even forced to confront opposition from members of her own family.

She did all of this because she saw 2016 as America’s “last chance”— explaining that if immigration is not curbed, “we’re not going to be America anymore.”

In September, Donald Trump attended and spoke at Schlafly’s funeral mass. He was joined by his wife Melania, his campaign manager Kellyanne Conway, his deputy campaign manager David Bossie, and his campaign CEO Stephen K. Bannon. Perhaps symbolic of her patriotism and her undying love of country, Schlafly’s funeral mass concluded with attendees being led in singing “America the Beautiful.”

“In all of her battles, she never strayed from one guiding principle: she was for America, and it was always, always America first. People have forgotten that nowadays. For Phyllis, it was America first,” Trump said at Schlafly’s funeral. The President-elect went on to say:

She never wavered, never apologized, and never backed down in taking on the kingmakers. She never stopped fighting for the fundamental idea that the American people ought to have their needs come before anything or anyone else. She loved our country, she loved her family and she loved her God. Her legacy will live on every time some underdog, outmatched and outgunned, defies the odds, and delivers a win for the people. America has always been about the underdog, and always been about defying the odds. The idea that so-called “little people” or the “little-person” that she loved so much could beat the system– often times the rigged system… that the American grassroots is more powerful than all the world’s special interests put together– that’s the way Phyllis felt. She’s always felt that way. That’s the romance of America. That’s the story of the mother and the patriot that we honor here today… Phyllis, who is rejoined with her late husband Fred, is looking down on us right now and I’m sure she’s telling us to keep up the fight, no doubt. Phyllis we love you, we miss you and we will never ever let you down.