Mayor Pete Buttigieg created a way for illegal immigrants to get a special identification card in South Bend, Indiana.

Working with a Hispanic community organizing group, La Casa de Amistad, Buttigieg created a special “community resident card” for illegal immigrants and then signed an executive order requiring the town to accept them for local goods and services.

The card is created and issued by La Casa, instead of the town, to make illegals feel more secure about getting one. Anyone can get one provided they prove they have proof of an address in South Bend and other documents such as an ID from any country. 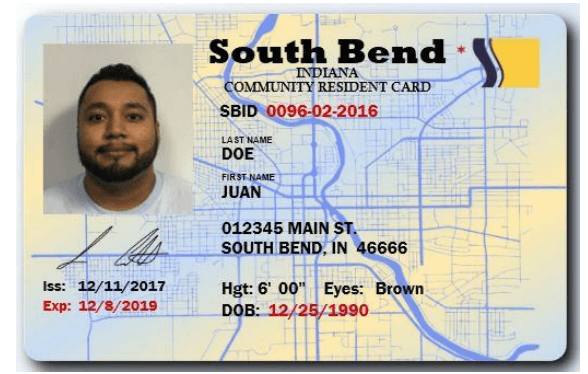 The program was recently highlighted by NBC News as a “big accomplishment” for the city.

The card can be used to access city buildings, public schools, librariesl and the South Bend police department, but does not allow you to drive.

“Something like a municipal ID or city ID, that allows you to be a card-carrying member of the city of South Bend, is an important thing that allows people to be better included and to be more empowered,” Buttigieg said at the time to the South Bend Tribune. “We have got to make sure that the city is supporting everyone who lives here.”

Buttigeig even had a card made for himself to help promote the ID program.

Buttigieg supports the idea of offering amnesty to illegal Americans if elected president.

“Comprehensive immigration reform must include a pathway to citizenship for immigrants living, working, paying taxes, and contributing to our American story, including DREAMers,” Buttigieg wrote on his website under his immigration proposals.