The tweet came as President Trump faced unprecedented political pressure from all sides, with Election Day just over four months away.

On the left, Trump faces attacks from Democrats and the media over his handling of the coronavirus pandemic, as new surges have appeared since Memorial Day. The surges have occurred in Democrat as well as Republican states, and they coincide with the period in which Democrats and the media were encouraging large “Black Lives Matter” protests (and riots). Nonetheless, Trump’s opponents are still attempting to blame him for a rise in cases that may also partly be due to the widespread availability of testing — ironically, one of the Trump administration’s most important recent successes.

The left is also targeting Trump as the symbol of what the Black Lives Matter movement opposes. Though Trump has expressed empathy with victims of police brutality, and issued an executive order earlier this month outlining police reforms, the left portrays him as a white supremacist. His opponents hope the protests will led to his November defeat.

On the right, Trump faces criticism from some conservative commentators — notably, Tucker Carlson of Fox News — who contend that he has not done enough to quell the unrest. The riots largely subsided after Trump’s famous walk across Lafayette Square to the fire-damaged St. John’s Episcopal Church, and after he used the National Guard to suppress the worst of the violence in Washington, DC. Trump also issued an executive order providing for stricter enforcement of existing laws against the destruction of historical statues on federal property; there have been fewer attacks on monuments since. 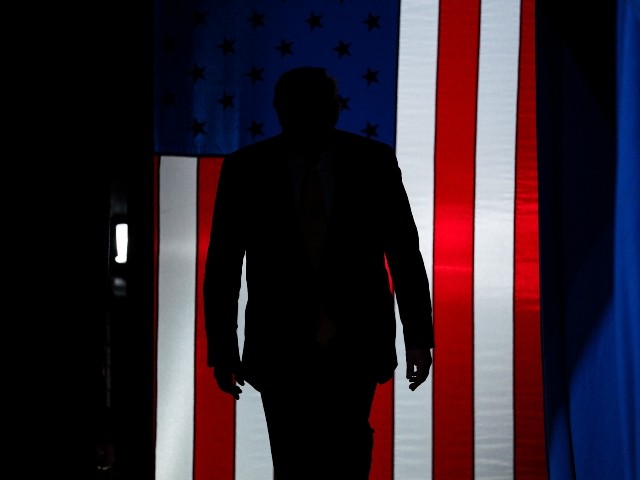 With conflict all around him, being pushed from every side, Trump may see himself as an isolated figure — or, perhaps, as the last line of defense, the one leader who will dare to stand up to the left rather than capitulating to the “woke mob.”

Joel B. Pollak is Senior Editor-at-Large at Breitbart News and the host of Breitbart News Sunday on Sirius XM Patriot on Sunday evenings from 7 p.m. to 10 p.m. ET (4 p.m. to 7 p.m. PT). His new book, RED NOVEMBER, is available for pre-order. He is a winner of the 2018 Robert Novak Journalism Alumni Fellowship. Follow him on Twitter at @joelpollak.