A Minnesota man took mask shaming to an entirely new level on Thursday evening when he pulled a gun on a gym manager because gym-goers were not wearing masks while exercising.

Twin Cities-area man Michael Florhaug was arrested after pointing a handgun at a gym manager’s chest while complaining members were exercising without wearing face masks, according to a report by Minneapolis Star Tribune.

The gun-wielding man was disarmed by assistant manager Mike Olson, who thought Florhaug was going to shoot members who were not wearing masks. Olson, who is also an Iraq war veteran, tackled Florhaug, took the gun, and removed all the ammunition.

“I just kind of knew that it had to be done,” said Olson. “It didn’t take much thinking. It was more of a reaction.”

Florhaug was charged with assault with a dangerous weapon involving the incident, which took place at an LA Fitness in Maplewood, Minnesota. 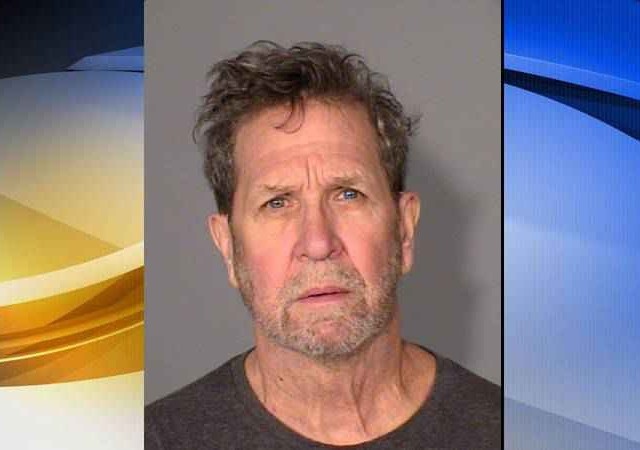 Florhaug claimed he had merely “flashed the gun,” and did not have any intension to harm gym members with it (Ramsey County Jail)

The criminal complaint stated that Florhaug, who was not an active club member, complained to a front desk employee about gym-goers not wearing masks, and that Olson had stepped in to tell Florhaug that the gym did not have staff to enforce a mask mandate, but that he “was welcome to pay an employee out of his own pocket to enforce the mask rules.”

“I asked it in a humorous way to defuse the situation,” said Olson.

In response to Olson’s tongue-in-cheek suggestion, Florhaug yelled at the assistant manager and called him dumb, adding that he would walk around the gym and photograph maskless members.

When Olson tried to intervene, Florhaug reacted by pointing a gun at him. When Olson backed away, Florhaug put the gun back in his sweatshirt pocket.

But Olson — who said that he “thought Florhaug was going to shoot members who didn’t have masks on” — proceeded to tackle Florhaug, take the gun, and remove its ammunition.

Olson added that true to his advocacy, Florhaug was wearing a mask during the entire tension-filled moments inside the gym.

Maplewood police investigative Sgt. Joe Steiner said that while calling the police is recommended for instances such as this one, Olson “did a great job,” as “he felt like people’s lives were at risk.”

Florhaug claimed he had merely “flashed the gun,” and did not have any intension to harm gym members with it.