President Joe Biden took a shot at former Alaska Gov. Sarah Palin on Monday, but he botched the famous quote from Saturday Night Live during his speech.

Biden referred to Palin during an infrastructure signing event on the White House lawn on Monday afternoon.

“I spoke with county executives and every governor, save one,” Biden said. “I won’t mention that. Save one. She can see Alaska from her porch.”

Biden was trying to refer to a frequently quoted Saturday Night Live skit mocking Palin, in which comedienne Tina Fey, playing Sarah Palin, said the phrase, “I can see Russia from my house!” 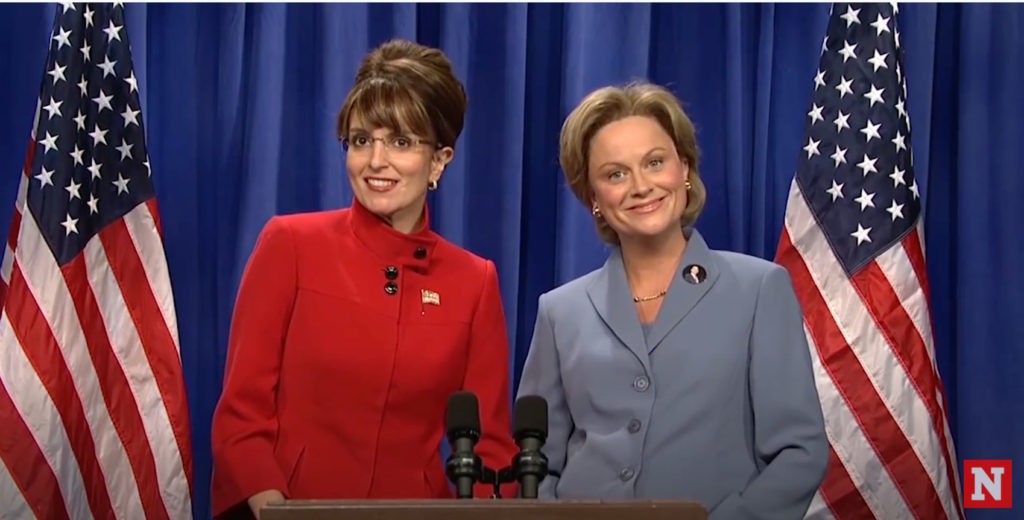 Tina Few as Sarah Palin on SNL I can see Russia from my house.” Saturday Night Live, NBC

Palin never actually used the phrase, even though it was popularly attributed to her.

In 2008, the former Alaska governor told ABC News anchor Charlie Gibson, after she was chosen by Sen. John McCain as his runningmate, that Russia was “next door neighbors” with Alaska and “you can actually see Russia from land here in Alaska, from an island in Alaska.”