Of all the XM50s the perfect tool for hunting nuisance animals, like wild hogs, coyotes, etc. Those hogs destroy an unimaginable number acres of cultivated farmland while the coyotes as predators in the dark, seeking prey, including livestock.

The XM50 allows night time hunters to use the wind to their advantage, taking a position that allows them to remain undetected, all the while seeing and removing these animals with perfect shot placement.

The imaging of the XM50 is extremely clear, and this clarity, combined with the built-in Picture-in-Picture technology, allows for precision in hunting. The Picture-in-Picture aspect of the scope provides magnification of the point of the impact, enabling the hunter specific control over shot placement.

And the Thermion XM50 has a record button, allowing the hunt to be recorded, downloaded on computer, and viewed long after the hunt itself has long ended.

On top of these things, the Thermion XM50 is easy to use. Once mounted, focusing is controlled via one focus ring on the far end of the scope. The hunter turns that right slightly left or right, using his or her off hand, bringing even minute details into clear view. The record and magnification buttons are both located and near end of the scope, allowing quick, one touch adjustment of magnification or a quick tap to begin recording. 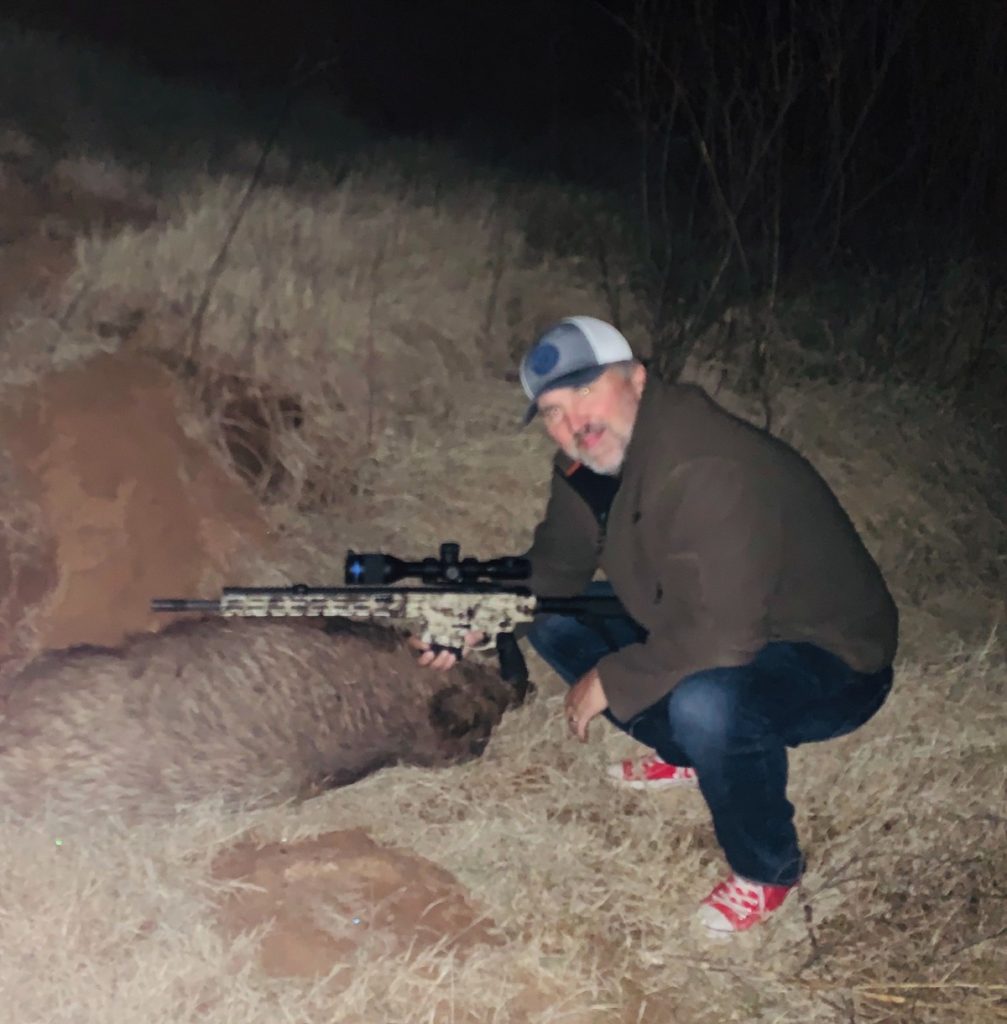 The author poses with the Pulsar Thermion XM50 and rifle at the end of a day’s hunting.

Our first hunt with the Thermion XM50 was for wild hogs in West Texas. We coupled the XM50 with a Daniel Defense DD5 V4 Hunter and found success.

AWR Hawkins is an award-winning Second Amendment columnist for Breitbart News and the writer/curator of Down Range with AWR Hawkins, a weekly newsletter focused on all things Second Amendment, also for Breitbart News. He is the political analyst for Armed American Radio. Follow him on Twitter: @AWRHawkins. Reach him at awrhawkins@breitbart.com. You can sign up to get Down Range at breitbart.com/downrange.