The fallout over Jon Gruden’s unacceptable language in dozens of emails from 2011-2018 continues as the Tampa Bay Buccaneers have announced that he is being deleted from the team’s Ring of Honor.

“The Tampa Bay Buccaneers have advocated for purposeful change in the areas of race relations, gender equality, diversity and inclusion for many years,” the team said in a statement Wednesday. “While we acknowledge Jon Gruden’s contributions on the field, his actions go against our core values as an organization. Therefore, he will no longer continue to be a member of the Buccaneers Ring of Honor.” 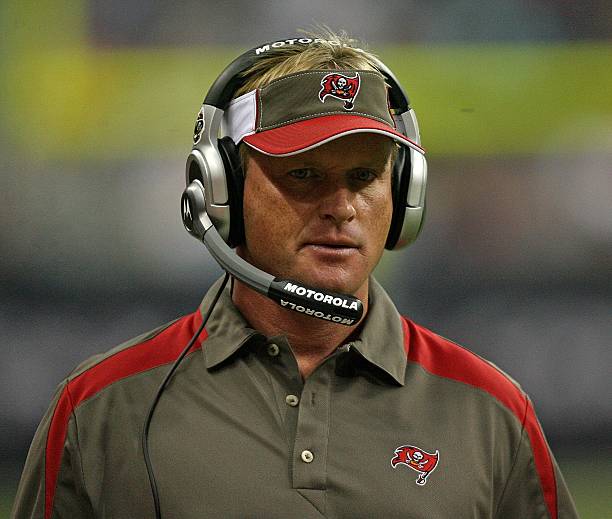 HOUSTON – AUGUST 28: Head coach Jon Gruden of the Tampa Bay Buccaneers looks on from the sidelines during a football game against the Houston Texans Aug. 28, 2008 at Reliant Stadium in Houston, Texas. (Photo by Bob Levey/Getty Images)

Gruden had been inducted into Tampa’s Ring of Honor in 2017. Started in 2009, the Bucs have inducted 13 members of the team, including two head coaches, nine players, a defensive coordinator, and Owner Malcolm Glazer.

Gruden was initially called on the carpet for an email in which he used racist language to describe NFL Players Association leader DeMaurice Smith. But since that report, several other emails have emerged in which Gruden used gay slurs and other misogynistic comments. He resigned as coach of the Vegas Raiders a few days after the emails were leaked to the press. 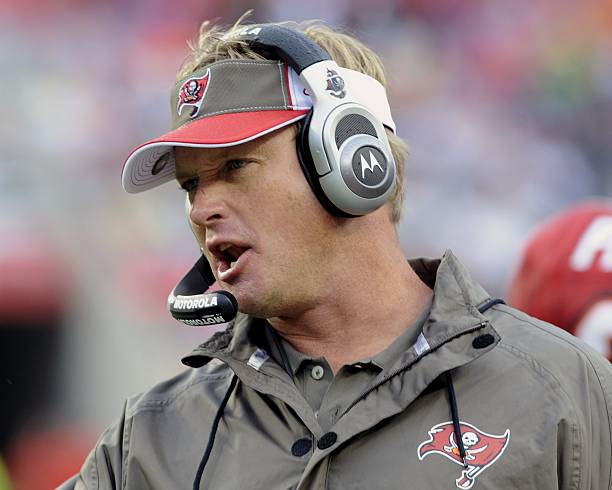 Gruden resigned from his position Monday night due to mounting pressure due to the emails.

“I love the Raiders and do not want to be a distraction,” Gruden said in a statement Monday night. “Thank you to all the players, coaches, staff, and fans of Raider Nation. I’m sorry, I never meant to hurt anyone.”

Gruden was 22-30 since returning to the sidelines as Raiders head coach in 2018. Gruden’s first head coaching job was also with the Raiders. A position he held until 2002 when he left to take over the Buccaneers.