Couric dismissed criticism of her edits as common editorial decisions made by all journalists.

Couric admitted in her recent book that she edited Ginsburg’s comments in 2016 when she turned critical of the anti-American protests by Colin Kaepernick and other NFL players. In the actual interview, Justice Ginsburg was critical of the protests and said they showed a lack of appreciation for what America has done for the world.

The former ABC journalist admitted that Ginsburg said the protests during the national anthem showed “contempt for a government that has made it possible for their parents and grandparents to live a decent life.” Ginsburg also seemed to say that the anti-American criticism is also ill-educated. 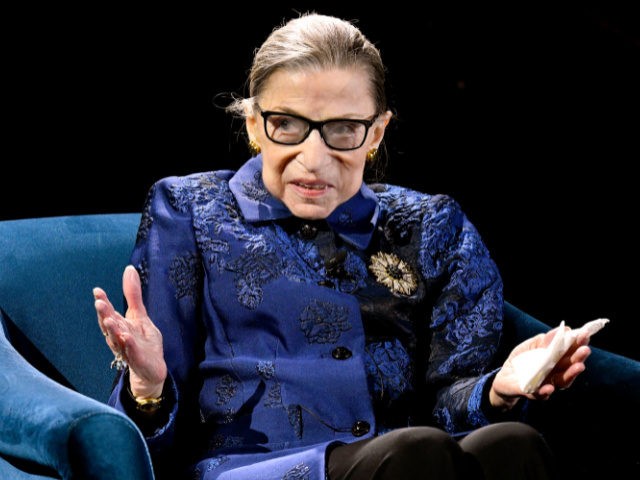 But Couric admitted that she edited out the comments that liberals would not like because she wanted to “protect” Ginsburg from left-wing criticism. Ginsburg’s comments, Couric felt, were “unworthy of a crusader for equality.” Couric also insisted that racial justice was a “blind spot” for the justice.

The day after her interview, the head of public affairs for the Supreme Court reached out to Couric to insist that Ginsburg “misspoke” about Kaepernick and wanted those comments stricken from the story. Couric added that she felt “conflicted” about the comments because she wanted to protect the justice from criticism.

Couric went on to admit that she contacted fellow journalist David Brooks, who offered a cure for the problem by making the assumption that Ginsburg “probably didn’t understand the question.” After the consultation with Brooks and the plea from the court’s PR flack, Couric removed much of what Ginsburg had to say about Kaepernick.

Since these admissions have been revealed, many have charged Couric with a lack of journalistic ethics for protecting Ginsburg from liberal criticism. But Couric claims that the edits are no big deal and that journalists make “editorial decisions” all the time. 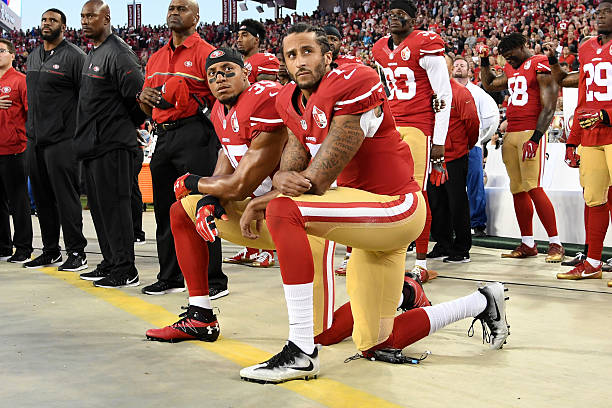 SANTA CLARA, CA – SEPTEMBER 12: Colin Kaepernick #7 and Eric Reid #35 of the San Francisco 49ers kneel in protest during the national anthem prior to playing the Los Angeles Rams in their NFL game at Levi’s Stadium on September 12, 2016 in Santa Clara, California. (Photo by Thearon W. Henderson/Getty Images)

“Well, I think what people don’t realize is we make editorial decisions like that all the time,” Couric told Today host Savannah Guthrie on Tuesday when Guthrie questioned the decision to edit the Ginsburg interview.

Couric added that since she has revealed the larger comments in her book, essentially, she committed no harm, no foul on disclosure. “And I chose to talk about this and put it in the book for a discussion. I mention that it was a conundrum, that I asked Justice Ginsburg about Colin Kaepernick and taking the knee and how she felt about that,” Couric exclaimed. “And I did include the fact that she said it was dumb and disrespectful, it was stupid and arrogant, and quite a bit of what she said.”

Still, the original interview materially softened Ginsburg’s criticism of Kaepernick and other NFL protesters. And the edits were done solely to safeguard Ginsburg’s standing as a hero with the left.