Lt. Col. Allen West to Be Released from Hospital

Lt. Col. Allen West (Ret.) is to be released from hospital on Monday after a motorcycle accident over the weekend. 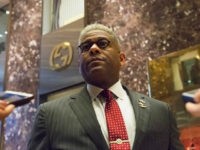 Exclusive – Allen West After Motorcycle Accident: ‘I Am Alive by the Grace of God’

Former Lt. Col. Allen West (Ret.) was involved in a motorcycle accident on Saturday in Texas and is now recovering, according to a statement released exclusively to Breitbart News. 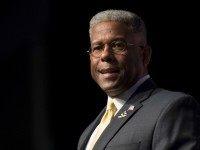 Veterans Urge Federal Retirement Plan: ‘No Underwriting of the Chinese Threat with Our Money’

A group of prominent military veterans wrote a letter on Monday urging all American pension funds to refrain from investing in Chinese companies. 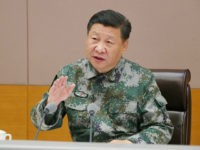 Exclusive—Allen West: ‘There Has Never Been a Clearer Choice’ than 2020

Former Rep. Allen West (R-FL), a star of the Tea Party movement, is joining forces with a pro-Trump super PAC to ensure the president is reelected in 2020. 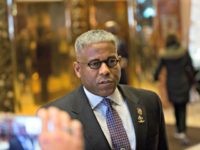 Former Republican congressman and Army Lt. Colonel Allen West discussed the situation in North Korea on Breitbart News Radio with host Curt Schilling on Friday’s edition of Whatever It Takes.

It is Black History Month, again. This month is set aside to celebrate the many contributions made by blacks to American culture. But beyond the routine photo-ops and politically correct statements, this is a time to address the often overlooked challenges facing black communities across the country. 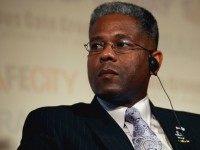 Donald Trump posted one of his biggest wins on Super Tuesday in Alabama, winning the state by more than 20 points. His campaign, fueled by animosity towards the political establishment in Washington, however, provided no lift to two high-profile challengers to Republican incumbents. 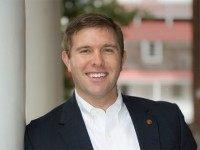 Democrats continue their obsession with former Congressman Allen West (R), as the two Democratic Senate candidates in Florida, Rep. Alan Grayson and Rep. Patrick Murphy, are quick to reference West in their attacks against one another. 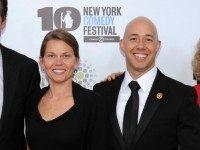 The upcoming 2016 Republican congressional primary race to replace Rep. Patrick Murphy, who is running for the U.S. Senate, has just been busted wide open. 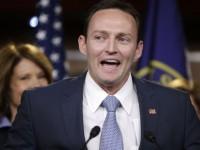 Thursday on Newsmax TV’s “The Steve Malzberg Show,”  former Rep. Allen West (R-FL) said poverty, lack of quality education, and the breakdown of the family are consequences of the Democrats’ inner-city policies that have created conditions which sparked riots all over 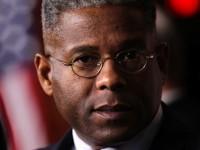 MIAMI, Florida — Now that Sen. Marco Rubio (R-FL) has officially thrown his hat in the presidential ring, the chatter is heating up about who among the many Republican contenders might run for his Senate seat. 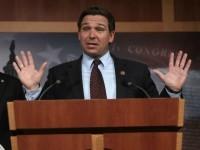 U.S. Rep. Patrick Murphy (D-FL) won his first election in 2012 by branding himself as a moderate, presenting himself as an alternative to tea party firebrand Allen West, who had been elected in the Tea Party wave of 2010. Now that he has set his sights on representing Florida in the Senate, his rhetoric has turned sharply partisan as he attempts outflank his likely primary opponent, Rep. Alan Grayson (D-FL), on the left and spark interest from Democrats nationally who could fund his race.

Patrick Murphy Running Against Marco Rubio for Senate in 2016

Congressman Patrick Murphy (D) has officially announced that he is running for Senator Marco Rubio’s Senate seat in 2016. 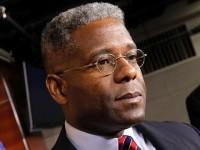 Lieutenant Colonel Allen West (USA-Ret) picked up on the Breitbart Texas report, via his website, announcing the Muhammad Art Exhibit and Contest being put on by free-speech activist Pamela Geller. West is a former Congressman from Florida who soon will be living in the Dallas area. 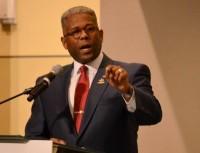 Allen West to Congress: Censure Obama for Being ‘Islamist Sympathizer’

In an appearance on Steve Malzberg’s NewsMax TV show, former Rep. Allen West (R-FL) proposed that Congress act by censuring President Barack Obama for his perceived shortcomings in dealing with radical Islam. “Well, this is what happens because weakness is 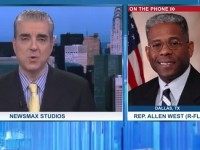 Fox News contributor and former congressman Allen West is taking the job of CEO at the Dallas-based and non-profit National Center for Policy Analysis (NCPA), a think tank founded in 1983. The group says that since its inception, their goal

On Monday, Breitbart News sponsored the National Security Action Summit in Washington, DC, along with EMPact America and the Center for Security Policy. The Summit featured top conservative thinkers who hosted a series of panels on the current state of

On Breitbart News Sunday, former Rep. Col. Allen West (R-FL) said last week’s Oklahoma beheading was a “jihadist attack” and not an act of “workplace violence,” and he warned that President Barack Obama’s refusal to fully appreciate the dangers of

The upcoming Hausman Memorial Speakers Series’ Israel Security Summit, “The Fight for Western Civilization,” to be held Sept. 9 in Stoughton, MA, has caught the attention of Council on American–Islamic Relations (CAIR), who in a Facebook post recently categorized with

Allen West takes the ice bucket challenge for ALS. We should all take the challenge. Post by Allen West.

The Escalation Of Anti-Semitism In South Florida

Anti-Semitism in South Florida has escalated over the lastseveral years, reaching levels that can no longer be ignored. On December 30, 2008, approximately 300 pro-Palestinian/Hamassupporters took to the streets of Ft. Lauderdale, FL and were captured on filmby Tom Trento,

Allen West Hedging A Bit On Future Run For Office

Former Congressman Allen West, is still thinking about running for elected office, but has some serious  reservations. In a statement he put out yesterday, West stated that really didn’t “miss the arena of lies, deceit, and incompetence known as American

The story about Florida state House candidate Richard DeNapoli (R) lying about his service in the United States Marine Corps is catching fire, as more and more veterans are learning about, and becoming outraged over another case of “Stolen Honor.”

Charlie Crist Republican Richard DeNapoli has really stepped in it this time. The former Democrat and Broward County GOP boss lied to Broward Republican voters in 2010 when he stated in a letter that he had served in the United

Both Allen West and Sarah Palin Believe Obama Should Be Impeached

Sarah Palin is saying what many in the Conservative world have been saying, and what  few Republican establishment types are afraid to say, impeach President Obama.  While there isn’t a smoking “cigar” that she can point at, in an op-ed

Allen West: Obama Would Rather Throw Down Beers than Secure Border

Wednesday on the Fox News Channel, former Rep. Allen West (R-FL) discussed  President Barack Obama’s refusal to secure the U.S.-Mexico borders by saying the president’s priority is being popular by throwing down a beer and getting offered a doobie over