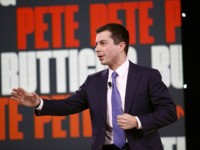 Chick-fil-A sold its Christian soul last year to the left’s gay mafia and now we’re learning its response to the criticism of this is just more mealy mouthed, corporate cowardice. 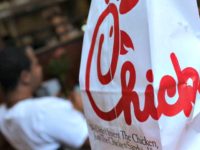 FRC’s Tony Perkins said Trump “intentionally” recognized the Salvation Army after the attacks on the charity for its Christian foundations. 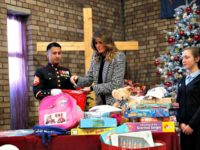 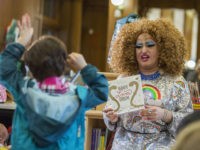 Christian evangelist Rev. Franklin Graham is calling for Americans to join him in making Sunday “Pray for Chick-fil-A Day.” 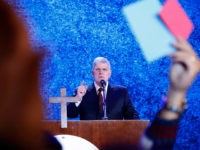 Chick-fil-A: SPLC Donation Made ‘to Change Lives’ in the Spirit of ‘Thinking About Others’

Chick-fil-A attempted to quell blowback from conservatives over a previous donation to an anti-Christian organization Wednesday, seemingly blaming an anonymous staffer for the decision while maintaining that the check was cut to “change lives” in the spirit of “thinking about others.” 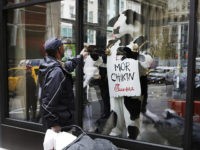 Internal Revenue Service (IRS) records show that Chick-fil-A is not only stopping donations to Christian organizations but is funding left-wing groups, including the anti-Christian Southern Poverty Law Center (SPLC). 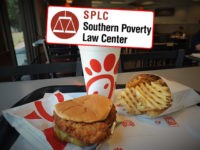 Celebrated evangelist Rev. Franklin Graham revealed Thursday that Chick-fil-A’s CEO has assured him that the fast-food chain has not “bowed down” to demands from LGBT activists following the news that it is ending donations to three groups that oppose gay marriage. 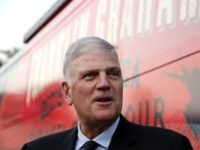 The American Family Association (AFA) has created a petition that urges Chick-fil-A to return to its support of Christian ministries such as the Salvation Army. 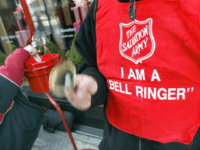 Mike Huckabee: Chick-fil-A ‘Betrayal’ Will Have ‘Far Broader’ Consequences Than the Company Itself

Former Arkansas Gov. Mike Huckabee said the decision of Chick-fil-A to end its charitable donations to Christian organizations such as the Salvation Army and the Fellowship of Christian Athletes “does not win them friends” but will, instead, “cost them friends.” 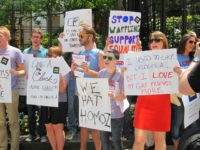 Huckabee on Chick-fil-A ‘Cave’: They Bowed Down to Bullies — Were Convinced They Needed to Be ‘More Woke’

Conspicuously missing from mainstream media coverage this week has been Chick-fil-A’s decision to revise its charitable giving policy to exclude groups that have remained steadfast and not caved to the so-called LGBTQ agenda. Tuesday during an appearance on Huntsville, AL radio’s WVNN, former Gov. Mike Huckabee (R-AR), who had been an outspoken critic of Chick-fil-A’s decision, elaborated on what he saw as the fast-food restaurant’s motivation. 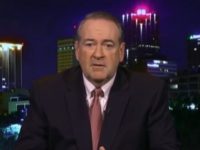 Nolte: Chick-fil-A Sells out the Christian Faith for Greed

To prove its fealty to the anti-Christian left, to make a few more buck, Chick-fil-A is bowing and scraping before very people determined to destroy our Faith. 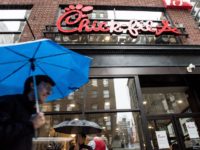 GLAAD: Chick-Fil-A Cave Not Enough, Must Disavow Itself

One of the nation’s largest gay advocacy organizations is greeting Chick-Fil-A’s divestment from Christian charities like the Salvation Army with tepid praise and further demands, including an “unequivocal” denunciation of the brand’s history and values. 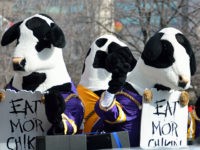 Salvation Army leaders said Monday that they are “saddened” by Chick-fil-A’s decision to stop donating to the charitable organization,  arguing that the 154-year-old group has been the target of misinformation regarding its stance on LGBT individuals.

Chick-fil-A will reportedly stop donating money to charities including the Salvation Army and Fellowship of Christian Athletes following pressure from LGBT groups. 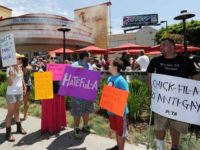 Students Walk Out to Protest Chick-fil-A at Football Games 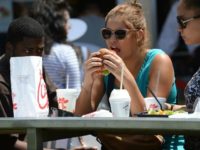 A fight over someone allegedly cutting in line over the chain’s popular chicken sandwich at a Maryland Popeyes turned fatal after a man stabbed someone in line multiple times. 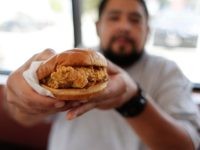 Faculty members at Purdue University have continued their push against the installation of a Chick-fil-A location on campus despite the administration’s firm rejection of their demands in September. 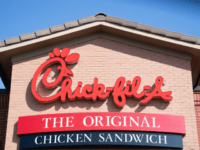 Left-wing trolls have taken another swipe at Chick-fil-A, this time accusing the fast-food chain of supporting a supposed Ugandan law that reportedly seeks the death penalty to punish homosexual acts. 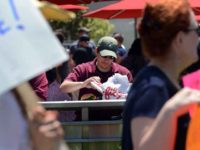 A principal in New Orleans, Louisiana, opted out of a free Chick-fil-A lunch for his teachers to avoid offending LGBTQ staff members. 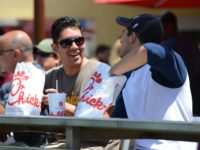 A Chick-fil-A employee went beyond the call of duty when a woman in Stafford, Virginia, accidentally dropped her iPhone down a storm drain last week. 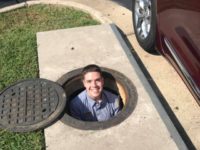 Chick-fil-A operates the slowest drive-thru in the fast-food industry, according to a recent study. 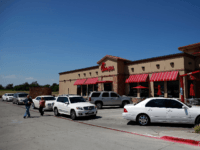 Chick-fil-A Has Doubled Its Sales Despite Increased Protests

Although protests against Chick-fil-A have popped up on campuses and in cities around the country this year, the chain has more than doubled its sales in recent years, reaching $10.5 billion in sales and adding 700 new locations.

Purdue University officials have rejected faculty calls to block a proposal to install a Chick-fil-A franchise on campus. 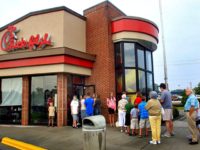 The faculty at Purdue University are pushing back against a proposal to install a Chick-fil-A restaurant on campus. Professors have drafted a measure that would restrict the university’s ability to do business with companies they deem to not uphold “social justice” values.

Five people have filed a lawsuit against the city of San Antonio, Texas, for banning Chick-fil-A from its airport. 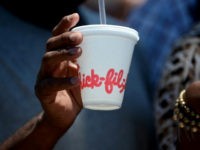 ‘The Advocate’: Popeyes Is ‘Gay-Friendly Alternative to Competitor Chick-fil-A’

Gay magazine the Advocate is unhappy that gay candidate for president Mayor Pete Buttigieg is unaware of the fast-food chicken sandwich imbroglio between Chick-fil-A and Popeyes because the latter is supposedly thought of as the “gay-friendly” alternative..

The faculty council at the University of Kansas is calling for the removal of Chick-fil-A from campus by arguing that the company is a “bastion of bigotry.”