Rigged–DNC Faces Accusations from Democrats: 2020 Race Is Not Fair

The Democratic National Committee (DNC) has a well-documented history of attempting to manipulate voters by “rigging” the Democrat primary field in favor of its desired candidates. 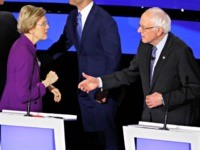 Rep. Tulsi Gabbard (D-HI) attributed her absence from Tuesday night’s debate stage to the “DNC and biased corporate media,” a theme which emerged after CNN demonstratively elevated Sen. Elizabeth Warren (D-MA) at the expense of Sen. Bernie Sanders (I-VT), whose presidential aspirations were largely quashed by the same players in 2016. 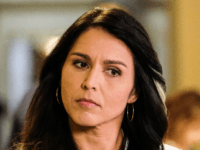 Rep. Tulsi Gabbard (D-HI) on Monday defended Sen. Bernie Sanders (I-VT), who has been accused by Sen. Elizabeth Warren (D-MA) of doubting a woman’s ability to win the presidency. 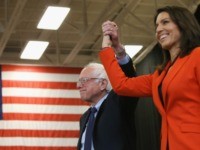 Tulsi Gabbard: Trump ‘Has Gone to War with Iran’, ‘Undermined Our National Security’ 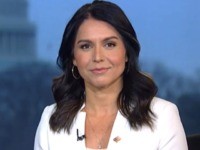 Tulsi Gabbard: I Think Everybody Knows and Understands Hillary Clinton Is a Warmonger

Wednesday during an appearance on “Tucker Carlson Tonight,” Rep. Tulsi Gabbard (D-HI) offered her thoughts on speculation that the handling of the U.S.-Iranian dust-up might have been different if Hillary Clinton were president. 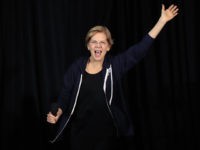 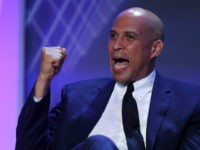 Rep. Tulsi Gabbard (D-HI) reacted to the U.S. strike that eliminated Qasem Soleimani, Iran’s most significant military leader, suggesting that the action violated the Constitution and warning that it “further escalates this tit-for-tat … for what?” 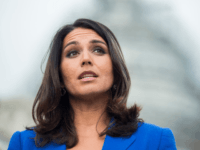 Rep. Tulsi Gabbard (D-HI) kicked off the new year catching winter waves on Hampton Beach in New Hampshire on Wednesday — an act that coincides with her campaign surpassing its December fundraising goal, bringing in over $1 million in the final month of the year. 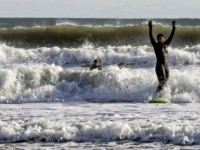 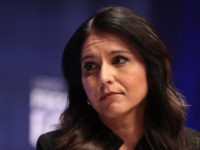 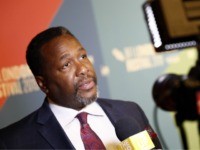 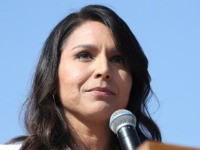 Rep. Tulsi Gabbard (D-HI) appears to have been left out of the Democrat National Committee’s newly-released fundraising advertisement calling for “unity” among the party’s crowded presidential primary field. 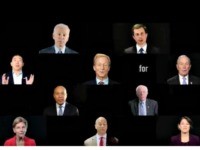 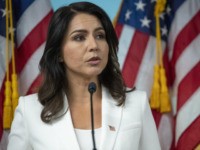 Democrat Debate, in ‘Most Diverse’ California, Least Diverse in 2020 Race

The sixth Democrat debate Thursday evening at Loyola Marymount University will feature the least diverse group of candidates thus far in the contest for the party’s 2020 presidential nomination. 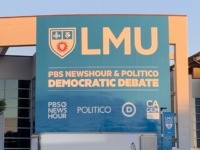 Tulsi Gabbard Defends Impeachment Vote: ‘A Stand for the Center’

2020 White House candidate Rep. Tulsi Gabbard defended her decision to vote “present” on impeaching President Donald Trump, stating that the founding fathers warned of what she described as a “highly partisan process.” 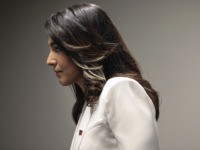 Nolte: Remember, There Was Bipartisan Support for Impeaching Clinton and Against Impeaching Trump 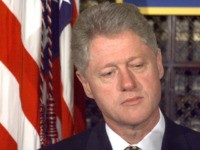 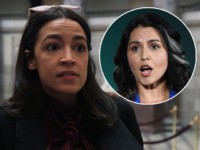 Rep. Tulsi Gabbard (D-HI) bucked the Democrat Party on Wednesday by voting present on the articles of impeachment against President Donald Trump. 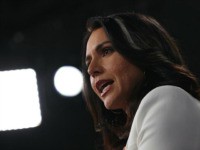 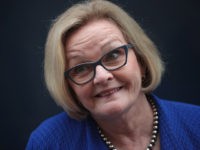 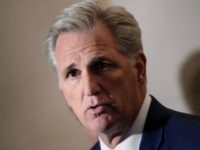 Former Vice President Joe Biden has slipped to a single-digit lead in South Carolina—a state he has dominated since launching his candidacy. 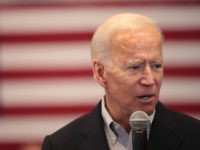 Rep. Tulsi Gabbard (D-HI) on Monday announced that, regardless of qualifying polls, she will not attend the December 19 Democrat debate. 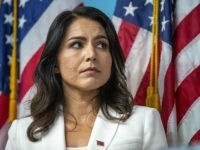 Sen. Kamala Harris (D-CA) on Tuesday announced the suspension of her presidential campaign – a development that brought her past political rumbles with Rep. Tulsi Gabbard (D-HI) back to the forefront. 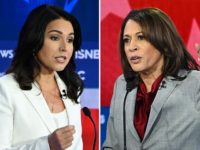 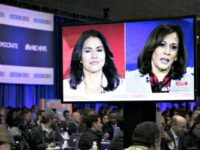 Social Media Dunks on Kamala Harris After She Calls It Quits

Individuals on social media dunked on Sen. Kamala Harris (D-CA) following her departure from the 2020 presidential race on Tuesday. 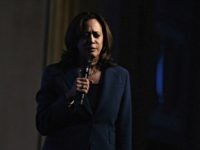 Tom Steyer (D), one of the two billionaires running in the Democrat presidential primary race, has qualified for the December debate. 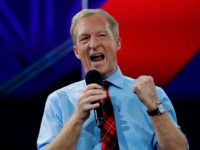 Sen. Bernie Sanders (I-VT) has taken the lead in New Hampshire, and Rep. Tulsi Gabbard (D-HI) has experienced a significant surge in the Granite State, according to a post-debate Suffolk University/Boston Globe poll released on Monday. 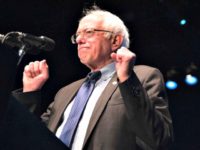 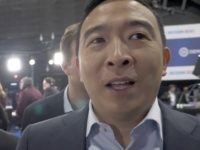