Washington's Immortals: The Untold Story of an Elite Regiment Who Changed the Course of the Revolution

This week marks the anniversary of the Battles of Lexington and Concord. Two hundred and forty-four years ago, farmers, tradesmen, laborers, and mariners–Americans of all stripes–came to together to defend themselves against the most professional army in the world. 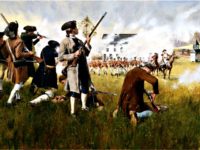 O’Donnell: ‘You Only Live Once’ — The Man of Forlorn Hope

You might think the phrase “you only live once,” is a modern sentiment, but it was actually also the personal motto of one of the true unsung heroes of the American Revolution — Jack Steward. A tall, handsome, charismatic Maryland officer known for his sizable ego, Steward fought fearlessly in battle for a cause he ardently believed in – the United States.

O’Donnell: Hillbilly Justice — How the Battle of Kings Mountain Changed the Course of the Revolution

In the fall of 1780, it looked like the Patriots had all but lost the American Revolution. But a certain group of Americans from Appalachia weren’t having it. On a cold day in October 1780, they took matters into their own hands on Kings Mountain in South Carolina. 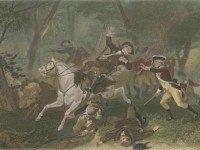 O’DONNELL: A Turning Point in the American Revolution — the Battle of Guilford Courthouse and Washington’s Unknown Immortal

This year, the Ides of March marks the 236th anniversary of one of the most important — yet widely unknown — battles of the American Revolution: The Battle of Guilford Courthouse. 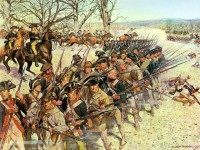 “The mass grave of these men is still unknown … the men that saved America. And that is what inspired me to write this book,” combat historian and bestselling author Patrick K. O’Donnell told Breitbart News Daily host Stephen K. Bannon while discussing his book, Washington’s Immortals: The Untold Story of an Elite Regiment Who Changed the Course of the Revolution. 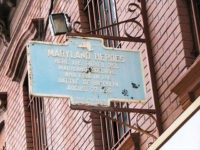